How did women fare in the 2020 Vanuatu elections?

How did women fare in the 2020 Vanuatu elections? 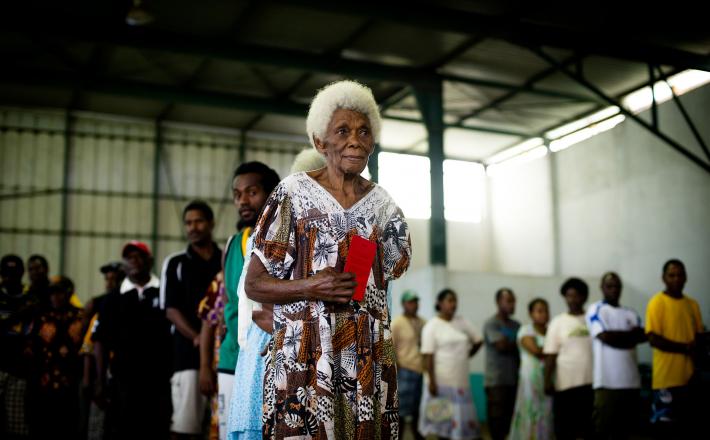 In the Vanuatu national elections held on 19 March 2020, voters elected their third consecutive all-male parliament. Across 10 of Vanuatu’s 18 constituencies, only 18 women contested the elections and were significantly outnumbered, representing only six per cent of all candidates. Women have been absent from national parliament since 2012, and only five women have held a position in parliament since independence.

Reserved seats have been secured for women at the local level in Port Vila and Luganville municipal councils yet continue to be controversial for national level government. While the debate is likely to be revisited in this post-election period, any reform efforts must be locally driven.

Programs are also in place to build greater acceptance of women’s leadership and to challenge the social norms that inhibit women from standing for election. Beyond these factors, Vanuatu’s single non-transferable voting system (SNTV), which has led to a significant proliferation of political parties and fragmented politics, is also highly relevant to the issue of women’s political representation. Furthermore, the lack of political party backing for women has been recognised as a major problem for quite some time, and continued to be an issue in the 2020 elections.

Click here to read the full article published by Asia and The Pacific Policy Society on 21 August 2020.