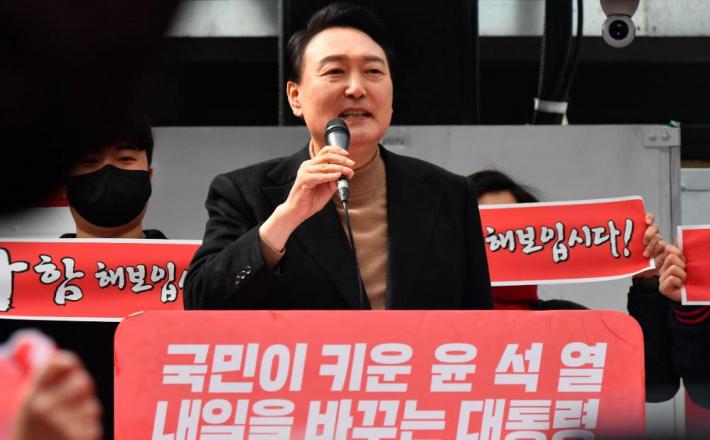 A furious crowd gathered in central Seoul last month to protest against the policies of a man who isn't even in power.

Waving signs and wearing white sashes emblazoned with the words "Vote for Women," they accused presidential candidate Yoon Suk Yeol of attempting to appeal to anti-feminists to garner support ahead of the election.

"You don't deserve to be a presidential candidate, Yoon," the mainly female crowd chanted. "Go away."

The protest highlighted how heated South Korea's gender war has become ahead of the country's March 9 presidential vote, with both leading candidates wading into the issue to win over young voters who are increasingly split along gender lines.

Click here to read the full article published by CNN on 9 March 2022.