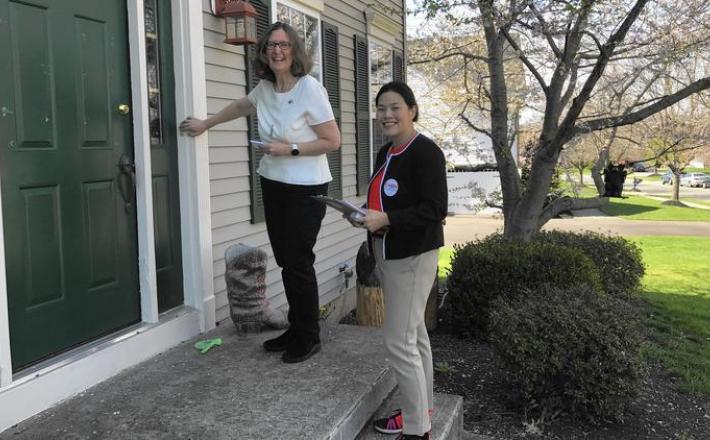 Donald Trump's election was a life-altering event for many Americans.

While men as well as women say the election deeply affected their lives, it is hard to overstate the impact it has had on women. An estimated 4.5 million Americans, mostly female, joined the Women's March the day after Donald Trump's inauguration. Since then, many have taken up political activism for the first time with profound effects on their work and personal lives.

Some women are rethinking how they allocate their time and energy to have more for political activities. Others are joining grass-roots groups and finding new career paths, including running for office, to further causes they believe in. Along the way, women are learning more about themselves and their communities and discovering new ways to balance work, family and a newfound commitment to their country.

Candidate-training programs also are reporting an upsurge in enrollment. Jean Sinzdak, associate director of the Center for American Women and Politics at Rutgers University and head of Ready to Run, a national training program for female candidates, says interest in the program "is unlike anything we've seen before." Registrations are coming in about three times faster than usual, and many would-be candidates are being placed on waiting lists. "There is a new energy," Sinzdak says. Women who had not been politically active say they "cannot sit on the sidelines anymore."

Established political organizations, such as the League of Women Voters (LWV), are witnessing increased interest as well. Jesse Burns, executive director of LWV New Jersey, says the nonpartisan group has "seen a huge upswell in membership" since the election.

And women say they are donating more to political causes and candidates.

Click here to read the full article published by The Chicago Tribune on 1 May 2017.