How women are stepping up to remake Rwanda

How women are stepping up to remake Rwanda 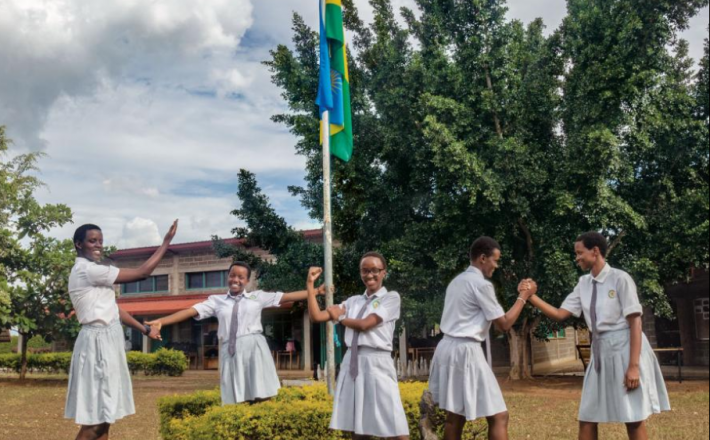 Rwanda’s Genocide Museum is a haunting place, one of the memorials in the capital city of Kigali that commemorate a hundred days of terrifying tribal conflict in 1994.

The horror was triggered after Hutu extremists blamed Tutsi rebels for the downing of a plane carrying Rwandan President Juvenal Habyarimana and Burundian President Cyprien Ntaryamira. Habyarimana, like about 85 percent of Rwanda’s population, was a Hutu. Tensions over the fatal crash exploded into a killing rampage that left up to one million Tutsi dead. Thousands of Hutu also were killed. At least a quarter of a million women were reported to have been raped, and more than 95,000 children were orphaned. When the conflict was over, Rwanda’s surviving population of about six million was predominantly female.

Visitors to the Campaign Against Genocide Museum are ushered through seven galleries in near darkness, harrowing images, videos, and maps on the walls, before they emerge into the neon light of liberation in the last two rooms. The museum sits in the administrative heart of the capital, adjacent to the parliament and across the street from the supreme court, institutions that were forever altered by the atrocity. (…)

Rwanda has moved from a nation that treated women like property, whose chief function was to have children, to one that constitutionally mandates that at least 30 percent of government positions are occupied by women. Since 2003 Rwanda has consistently had the highest female representation, proportionally, of parliamentarians in the world—currently 61 percent in the lower house. Four of the nation’s seven supreme court justices are women, including the deputy chief justice.

The presidency remains the domain of men—since 2000 the office has been held by Paul Kagame, the former military commander whose forces ended the genocide—but women occupy 13 of the 26 seats in Rwanda’s cabinet. Viewed as an authoritarian by some, a visionary leader by others, Kagame, with his ruling Rwandan Patriotic Front, championed the push to form a new national identity that purged any mention of Hutu and Tutsi, and took giant leaps toward gender equality.

Click here to read the full article published by National Geographic on 15 October 2019.