A huge 2018 story: More than 500 women are running for major office

A huge 2018 story: More than 500 women are running for major office 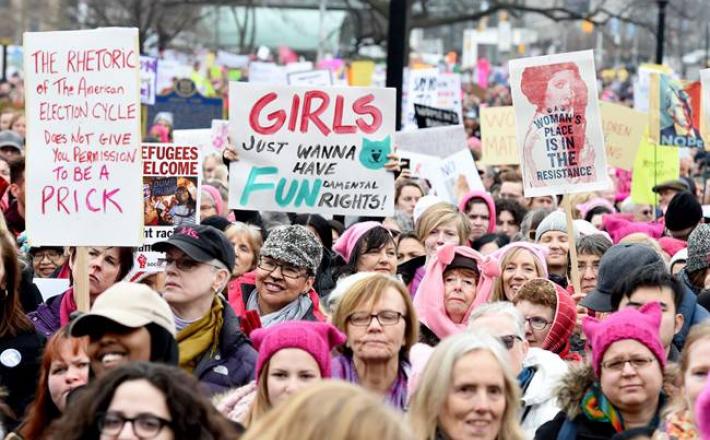 WASHINGTON — No matter which party ultimately triumphs in the November midterm elections, here is one thing we know for sure about 2018: It will be the Year of the Woman — supercharged.

“As of last week, 325 women were non-incumbent candidates for the United States House, along with 72 female members seeking reelection, according to data compiled by [the Center for American Women and Politics at Rutgers University]. Thirty-eight women not currently serving in the United States Senate are aiming for the upper chamber, along with 12 incumbents running again. And 75 women have set their sights on the nation’s governorships — plus four female incumbents fighting to keep their seats,” one of us wrote over the weekend.

By comparison: “In 2016, a high water mark for female candidates overall, there were 167 female major party nominees for the United States House and 16 for the Senate — well fewer than half the number of candidates vying for one of those spots now.” The 1992 “Year of the Woman” ushered in two dozen new women to the U.S. House and four to the U.S. Senate a year after the Clarence Thomas-Anita Hill hearings.

Click here to read the full article published by NBC News on 29 January 2018.