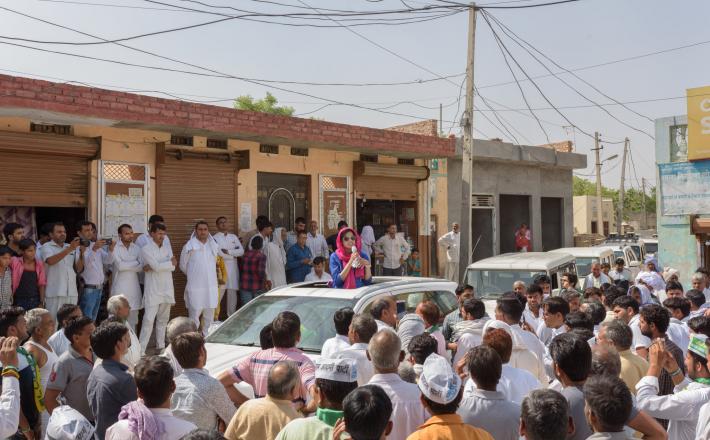 Swati Yadav had lost count of the number of village campaign stops she had made since her morning began — was it 27, or 28?

She was doggedly stumping for a parliamentary seat through 100-degree temperatures in the northern Indian state of Haryana this month. But the biggest struggle in many places for Ms. Yadav, 30, was to get the crowd to focus on her own campaign as much as on the political fortunes of the men at the top of her party, Jannayak Janta.

“I am not asking for your vote because I am young, or because I am a woman,” she would repeat to the crowds after explaining her stand on critical issues. “I have an engineering degree, I have been running a company of thousands of people.”

Still, no speech could begin without explaining that she had the blessing of the party patriarch — though he is in jail with four more years to serve — and his son. And more of the crowd chants of “long live!” featured their names than hers.

Click here to read the full article published by The New York Times on 15 May 2019.