India: 25 years on, Women’s Reservation Bill still not a reality

India: 25 years on, Women’s Reservation Bill still not a reality 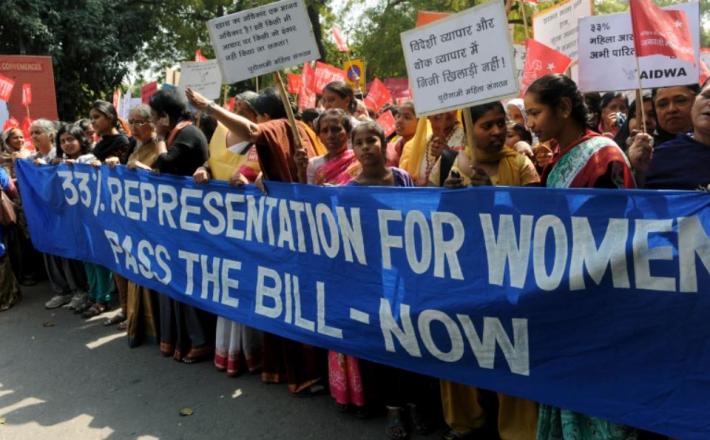 India ranks 148th in a list of 193 countries based on the percentage of elected women representatives in their national parliaments.

New Delhi, India – “This is a special day in the history of our country…”

These were the opening remarks of a debate that took place on September 12, 1996, in the Lok Sabha, the Indian parliament’s lower house.

On the agenda was the introduction of a constitutional amendment bill that sought to reserve one-third of seats for women in the Lok Sabha and state legislative assemblies.

Similar versions of the bill were introduced later in 1998, 1999, and 2008, but all four lapsed with the dissolution of those governments.

Twenty-five years after it was first introduced in parliament, the Women’s Reservation Bill continues to languish and is yet to become a reality.

Political leaders and experts say that while the initial delay was due to concerns over the issue of intersectionality, at the heart of the delays is the unwillingness to share power and fear of losing bastions of electoral support.

An analysis by the PRS Legislative Research shows that female representatives make up less than 15 percent in Lok Sabha and the legislative assemblies, based on the results of the last state elections.

Click here to read the full article published by Al Jazeera on 8 September 2021.