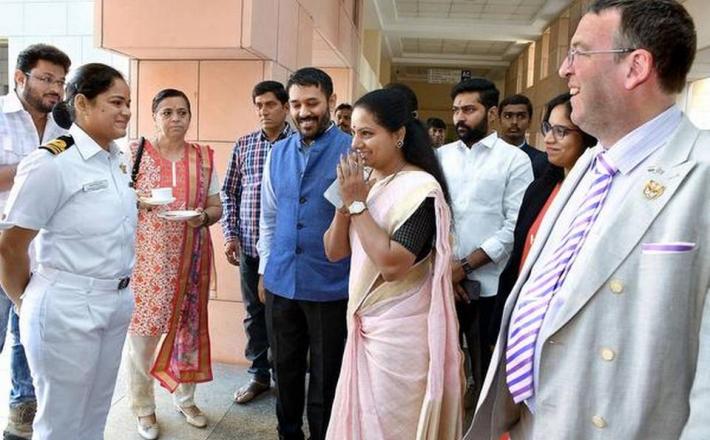 Member of Parliament K. Kavitha has pitched for passage of women’s reservation bill in the Parliament as a disruptive short-term solution to reduce male dominance in various sectors, including politics.

Inheritance of political lineage, which has become the cultural norm in Indian politics, needs to be countered through 33% reservation for women in legislatures, she said, while addressing a gathering of young entrepreneurs, students and professionals at Young Thinkers’ Conference-2018 organised at Indian School of Business here on Friday. The event was co-hosted by the British Deputy High Commission and ISB.

Despite the best efforts by a woman leader, the erstwhile government could not pass the bill, and now is the opportunity when the ruling coalition was strong in both the Houses, she said, and made an appeal for formation of an advocacy group to bring pressure on the government towards this “as men cannot be dislodged from their bastions unless something disruptive happens”.

Click here to read the full article published by The Hindu on 16 November 2018.