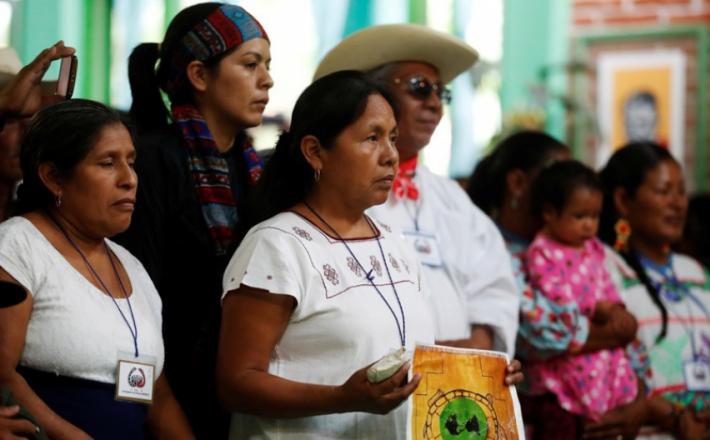 MEXICO CITY — Mexico will hold its presidential elections next year. And for the first time, an indigenous woman is running for the office.

Patricio Martínez, who is also the spokeswoman of the CNI, has the backing of the Ejército Zapatista de Liberación Nacional (EZLN) movement, the outlier group that rebelled against Mexico’s presidents for more than 23 years.

Isaías Trejo works with indigenous communities at the National Commission of Human Rights and considers that the nomination of an indigenous candidate, who is also a woman, is outstanding and significant for women's and indigenous rights.

"The indigenous in Mexico are less represented than they should, considering that they make up 20 percent of the population. The nomination is a way to make themselves visible to the political system, but also to generate awareness on their fight for other rights," Trejo said.

Click here to read the full story published by Fronteras on 5 June 2017.