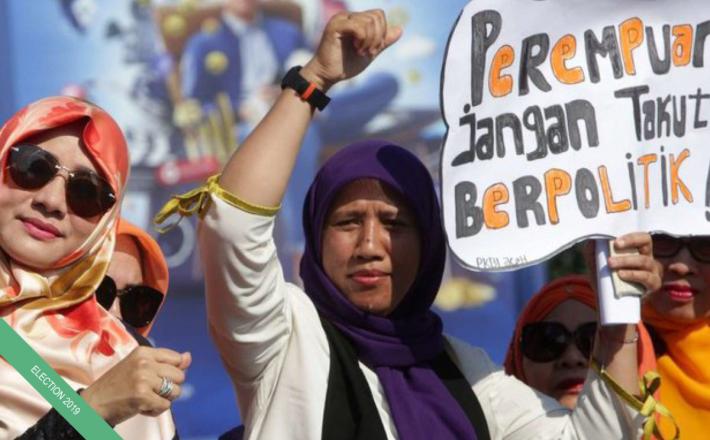 The race between Joko Widodo and Prabowo Subianto might have captured most of the media attention, but tomorrow nearly 8,000 candidates will also be competing for 575 seats in the national legislature (DPR). About 40 per cent of these candidates are women, the highest proportion of female candidates ever. But what do the numbers really tell us about women’s representation in Indonesian politics?

Indonesia first introduced affirmative action for gender justice through Law 31 of 2002 on Political Parties, which required political parties to “consider gender equality and equity” in the recruitment of legislative candidates and in political party structures from the national to the local level. After two rounds of revisions, in 2008 and 2011, the phrase “consider gender equality and equity” was strengthened to “include 30 per cent representation by women”.

While there were no sanctions for parties that ignored the 30 per cent rule, women’s representation in political party structures increased from 2003 to 2014, according to analysis by Cakra Wikara Indonesia(link is external) (CWI). In 2014, two political parties even exceeded the 30 per cent threshold in their organisational structures: the Democratic Party and Hanura.

Click here to read the full article published by Indonesia at Melbourne on 16 April 2019.