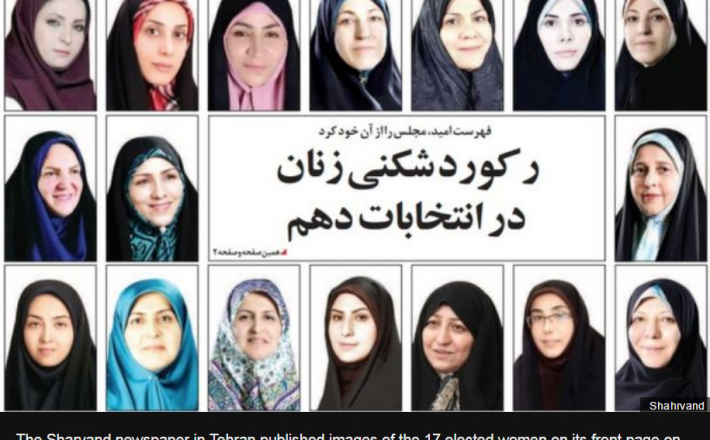 Iranian voters elected a record number of women to parliament since before the 1979 Islamic revolution. The 17 women elected make up 6% of the new cohort of 290 MPs. Only 16 cleric MPs have been voted in, meaning the new parliament will include more women than religious leaders.

The BBC's Kasra Naji says the results signal "a major shift in public support away from hardline Islamic conservatives". April 29th’s run-off election was held in constituencies where no candidate had won the minimum proportion of the vote in a first round in February. Four women were elected in the run-off, joining other women who had been voted in already.

The outgoing parliament includes nine female representatives. This vote gives women in Iran the same share of seats as in countries including Thailand and Nigeria. Read the full BBC story here.