Iraqi women seek rights – and to be part of a change

Iraqi women seek rights – and to be part of a change 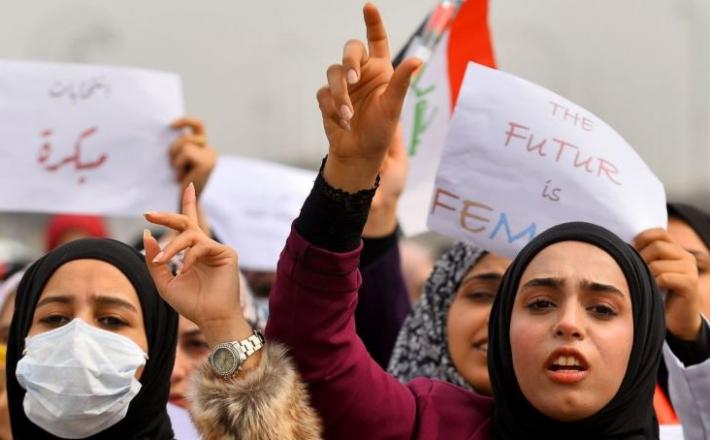 Amid attempts to transform the political system, feminists are looking for 50% representation in any new government.

Hundreds of women and girls this week took to the streets of Najaf, a Shi’ite holy city in southern Iraq, asserting their right to participate in anti-government protests and demand political reforms.

Their march followed a call by Muqtada al-Sadr, a powerful Shi’ite politician and militia leader, to “not mix between the sexes” in the protests, which have gripped the country since October in an effort to root out corruption and outside interference.

Bushra Al-Obaidi, a legal expert and member of a women’s advisory group to the representative in Iraq for United Nations Secretary-General António Guterres, told The Media Line that Iraqi women have already proved themselves through their wide participation in the demonstrations.

What was really special about the Iraqi women protesters in Najaf,” she said, referring to Wednesday’s march, “is the fact that they were supported by their families. I saw girls with their husbands, brothers and fathers. What was out of the blue is the fact that such a conservative city like Najaf has reached this point of acceptance…. Iraqi women broke all restrictions.”

Click here to read the full article published by The Media Line on 20 February 2020.