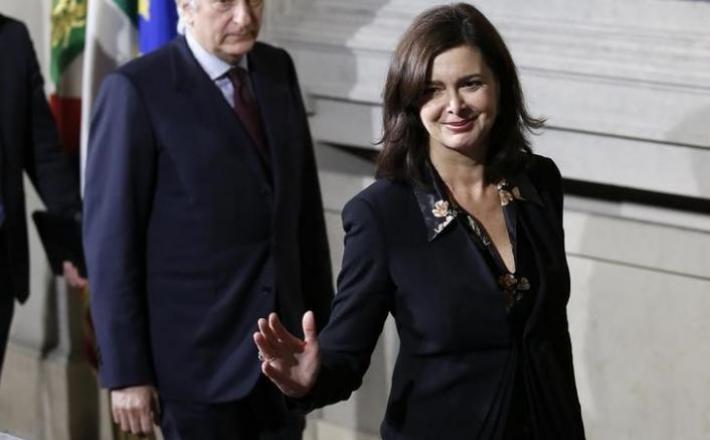 "Men, enough sexism, it's 2016," the president of Italy's lower house of parliament wrote on Twitter after a newspaper published a cartoon about a female MP's thighs and a headline described the women's Olympic archery team as "chubby".

An exasperated Laura Boldrini hit out after Il Fatto Quotidiano newspaper published a drawing of Reform Minister Maria Elena Boschi with a caption that played on the Italian word for "thighs".

"Bring your satire up to date as well," wrote Boldrini, who was likened to an inflatable sex doll by a political opponent last month.

The cartoon was published the day after the owner of Bologna-based newspaper Il Resto del Carlino fired its editor over an article about Italy's archery team bearing the headline: "Trio of chubby girls comes up just shy of Olympic miracle".

The former editor apologised in an interview with Corriere della Sera on Wednesday, saying his team had changed the headline for its second edition when they realised it could cause offence. He said he would have used similar language to describe a team of men "if they had similar physical traits".

Responding to criticism of the Boschi cartoon, Fatto Quotidiano deputy director Stefano Feltri said it was the only thing that caused indignation on a front page that included an article calling for urgent humanitarian intervention in Syria.

"A sexist cartoon? Maybe," wrote Feltri. "But if my interpretation is correct - and everyone may give their own - the subject is not so much Boschi's thighs as the reaction of spectators when she speaks at political meetings."