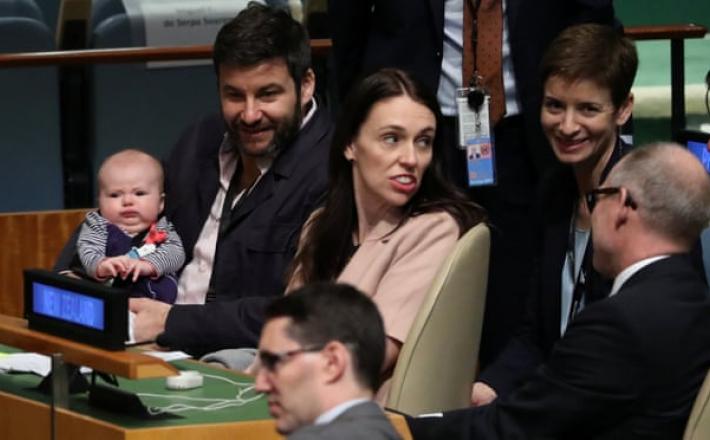 New Zealand prime minister Jacinda Ardern has made history as the first world leader to attend the United Nations general assembly meeting with her baby in tow.

Ardern appeared with her three-month-old daughter at the UN on Monday evening, and played with her before giving a speech at the Nelson Mandela peace summit. While she spoke, Ardern’s partner Clarke Gayford held the three-month-old baby on his lap.

The prime minister is continuing to breastfeed her daughter, meaning Neve had to travel with her to New York for the six-day trip.

Click here to read the full article published by The Guardian on 24 September 2018.