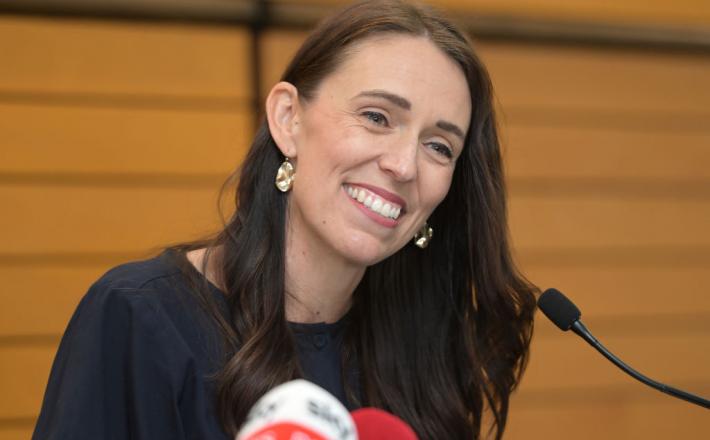 Jacinda Ardern is quitting as New Zealand prime minister ahead of this year's election saying she no longer has "enough in the tank" to lead.

The shock announcement comes as polling indicates her Labour Party party faces a difficult path to re-election on 14 October.

Ms Ardern choked up as she detailed how six "challenging" years in the job had taken a toll.

Labour MPs will vote to find her replacement on Sunday.

Ms Ardern, 42, said she had taken time to consider her future over the summer break, hoping to find the heart and energy to go on in the role.

"But unfortunately I haven't, and I would be doing a disservice to New Zealand to continue," she told reporters on Thursday.

Ms Ardern will step down by 7 February. If no would-be successor garners the support of two-thirds of the party room, the vote will go to Labour's lay membership.

Ms Ardern became the youngest female head of government in the world when she was elected prime minister in 2017, aged 37.

Click here to read the full article published by BBC on 19 January 2023.