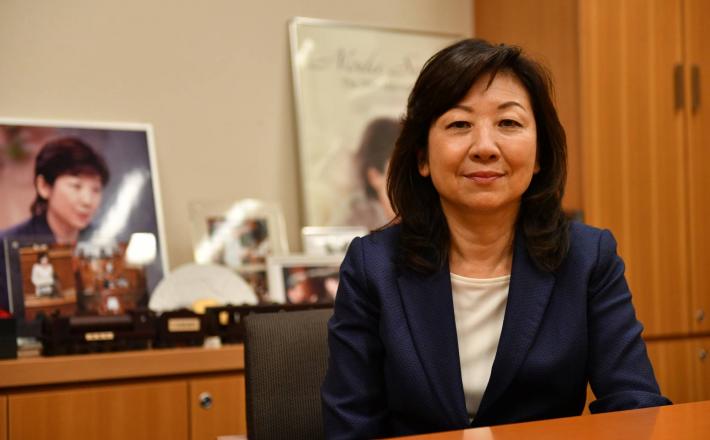 Lawmakers who were vying to lead the ruling Liberal Democratic Party including Chief Cabinet Secretary Yoshihide Suga, who won the overwhelming support of the party’s members, have vowed to continue outgoing Prime Minister Shinzo Abe’s push to empower women and raise their share of leadership roles.

But the 2020 election for Abe’s successor has shown the top position is not for women and the glass ceiling for female politicians remains stronger than it looks. And without a female leader making it to the top of the male-dominated LDP, Japan may never see its first female prime minister.

Two prominent female lawmakers ーSeiko Noda and Tomomi Inada ーboth have prime ministerial ambitions. Both have ideas on how to address the nation’s challenge of a shrinking and aging population and have pledged to champion diversity. Neither of them, however, decided to throw their hat into the ring, discouraged from running due to factional politics and old-fashioned approaches based on a deep-rooted notion that men are leaders and women are not.

What stopped them from running?

Noda admits she was caught by surprise by Abe’s abrupt decision to resign due to illness and was not prepared to vie for the post this year — instead she had been readying for the election in 2021 when Abe’s tenure as president of the Liberal Democratic Party was set to end. She also considered her candidacy in the election “pointless,” given that the support of the LDP’s powerful factions meant Abe’s right-hand man Suga quickly became the favorite to win the top job.

Click here to read the full article published by Japan Times on 14 Septemberr 2020.