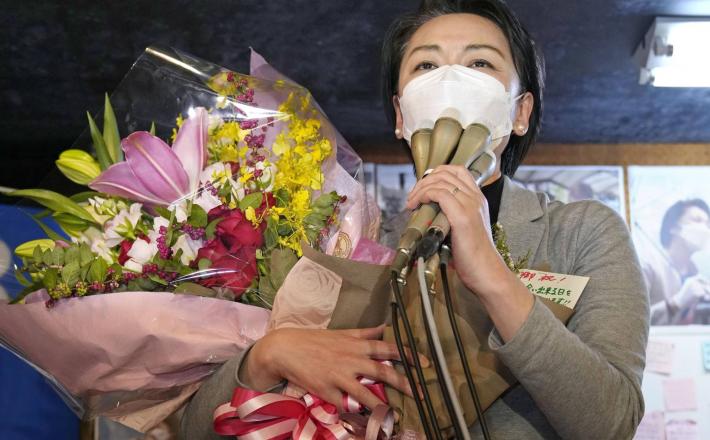 In Sunday's general election, 45 women were elected to the 465-seat House of Representatives, down two from the previous contest in 2017, despite a law promoting female participation in the political field, data showed Monday.

While the election was the first Lower House poll since Japan enacted the law in 2018, urging political parties to make efforts to field an equal number of male and female candidates, women accounted for 9.7% of the lower chamber members, falling 0.4 percentage point from 10.1% marked in the previous election.

There were 186 women among candidates who ran in the election, making up 17.7% of the total — the highest level on record, but still far from standing on par with men. A total of 24.2% of the female candidates landed a seat.

Click here to read the full article published by The Japan Times on 1 November 2021.