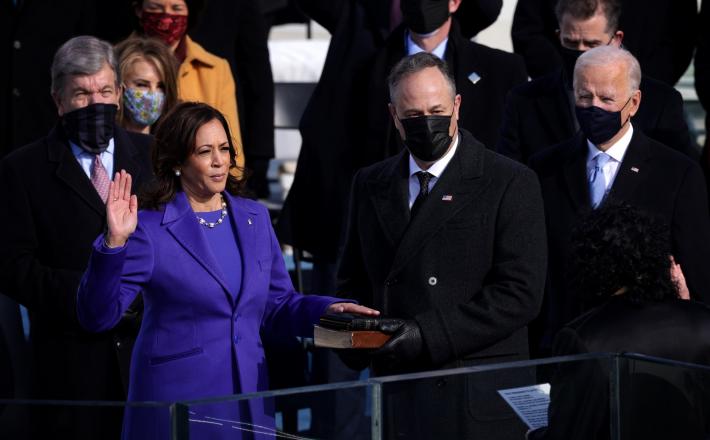 Harris, whose political career has included many barrier-breaking moments, was surrounded by firsts as she took the oath of office Wednesday.

Kamala Harris, the daughter of an Indian mother and a Jamaican father — both immigrants — broke a nearly two-century barrier in American politics long dominated by white men on Wednesday when she was inaugurated as the nation's first female vice president, as well as the first Black American and first person of South Asian descent.

Her swearing-in was laced with the historic nature of the day.

The oath of office was administered by Supreme Court Justice Sonia Sotomayor, the first Latina member of the high court. Harris swore on two bibles, one belonging to Regina Shelton, a close family friend, and the other once owned by Thurgood Marshall, the first Black Supreme Court justice. Harris often says that Marshall inspired her to become a lawyer.

Click here to read the full article published by NBC News on 20 January 2021.