Kamala Harris named by Joe Biden as his VP pick

Kamala Harris named by Joe Biden as his VP pick 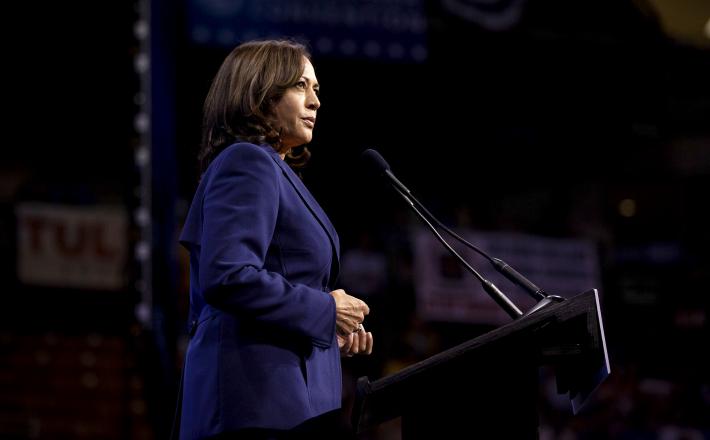 Joe Biden has chosen Kamala Harris, the prominent senator from California whose political career has included many barrier-breaking moments, as his running mate, his campaign announced on Tuesday.

The decision comes more than a year after Harris, who was also a 2020 Democratic candidate, clashed with Biden over racial issues during the first primary debate. If elected, she would be the nation’s first female, first Black and first Asian American vice president.

Picking Harris, who is 55, provides the ticket with some generational diversity. Biden, 77, would be the oldest president-elect in U.S. history.

Click here to read the full article published by NBC News on 11 August 2020.