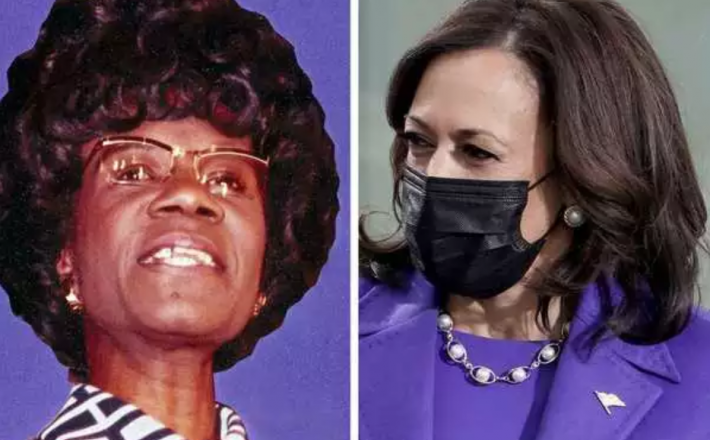 Kamala Harris made history on January 20 when she became the United States' first female, Black, and Asian American vice president.

During the historic inauguration, she wore a bright purple dress and coat.

The color purple has several possible meanings, including symbolizing bipartisanship and paying homage to the suffragette movement, according to Insider's Amanda Krause.

Her outfit may also have been a nod to Shirley Chisholm, the first Black woman elected to Congress and the first to run for president, CNN commentator Abby Phillip observed.

Chisholm famously wore purple during her presidential campaign, according to Newsweek.

Harris has been known to draw inspiration from Chisholm, such as using a color scheme similar to Chisholm for her presidential campaign logo.

On January 16, Harris officially acknowledged the influence Chisholm has had on her political career, tweeting "Shirley Chisholm created a path for me and for so many others."

Click here to read the full article published by Business Insider on 21 January 2021.