Karine Jean-Pierre to become White House press secretary, the first black and out LGBTQ person in the role

Karine Jean-Pierre to become White House press secretary, the first black and out LGBTQ person in the role 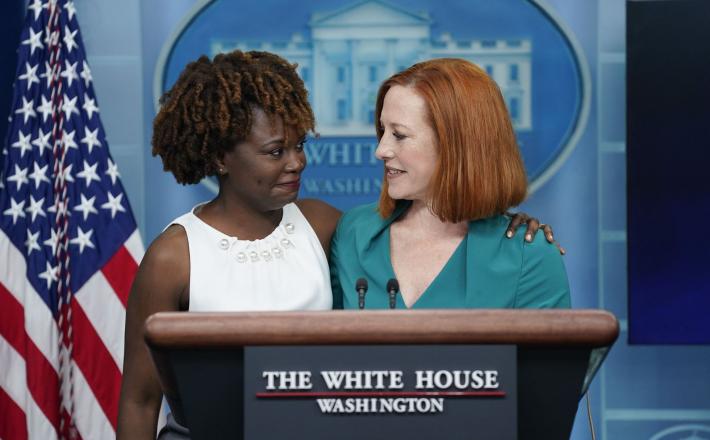 (CNN) Karine Jean-Pierre will become the new White House press secretary when Jen Psaki departs her role next week, President Joe Biden announced in a statement Thursday, becoming the first Black and out LGBTQ person to hold the position.

"Karine not only brings the experience, talent and integrity needed for this difficult job, but she will continue to lead the way in communicating about the work of the Biden-Harris Administration on behalf of the American people," Biden said in a statement, adding that "Jen Psaki has set the standard for returning decency, respect and decorum to the White House Briefing Room."

Jean-Pierre will formally begin following Psaki's last day, which will be May 13. CNN reported in April that Psaki was planning on leaving her role for one at MSNBC.

Click here to read the full article published by CNN on 6 May 2022.