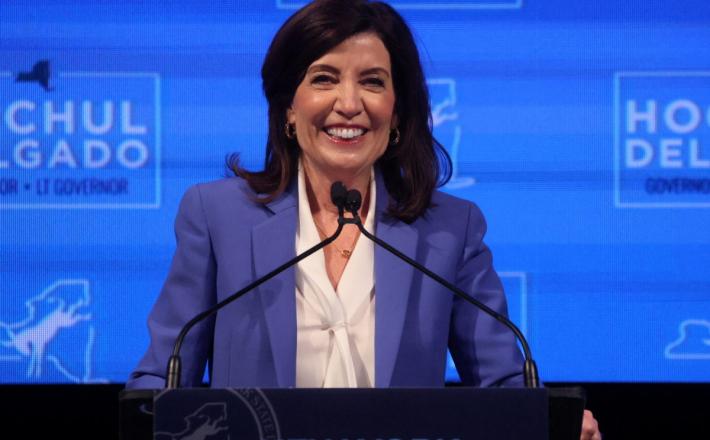 ALBANY, N.Y. (AP) — New York Gov. Kathy Hochul was sworn in for her first elected term on Sunday, making history as the first woman elected to the position in the state.

The Democrat, launching her term as the 57th governor of New York, said her goals were to increase public safety and to make the state more affordable.

“Right now there are some fights we have to take on,” Hochul said after taking the oath of office at the Empire State Plaza Convention Center in Albany. “First we must and will make our streets safer.”

A native of Buffalo, Hochul, 64, defeated Republican congressman Lee Zeldin, an ally of Donald Trump, in November’s election to win the office that she took over in 2021 when former Gov. Andrew Cuomo resigned.

Click here to read the full article published by PBS on 1 January 2023.