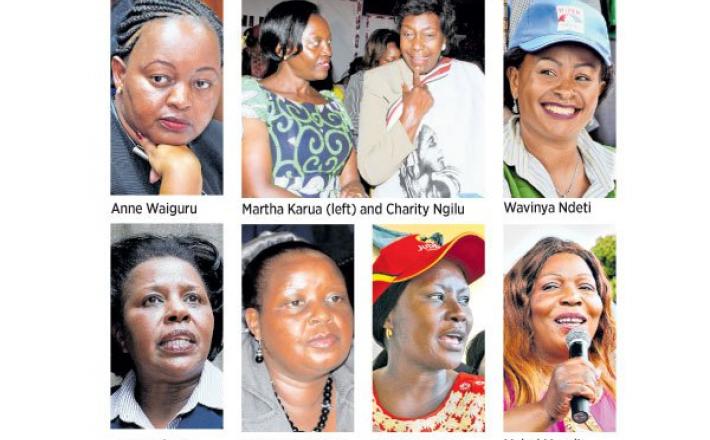 Kenya could get its first female governor in the next General Election after 10 women formally submitted their bids, as indicated in the list of aspirants published by the Independent Electoral and Boundaries Commission.

Unlike in the last elections, where seven women were on the ballot, those who have expressed their interest this time are seasoned politicians, a majority of who have won electoral contests in the past.

All aspirants are set for a tough week as campaigns for party nominations enter the homestretch and the major parties hold their primaries.

Of the 10, seven have experience from having been MPs, three of them are sitting MPs. One, Anne Waiguru, has been a Cabinet Secretary.

She is competing against Dr Julius Kones for the Jubilee Party ticket to contest for the governor’s seat in Bomet.

At a meeting with more than 400 women aspirants in Nairobi last week, Dr Laboso said that women continue to be discriminated against in politics, adding that women’s road to leadership is bumpy.

Click here to read the full article published by The Daily Nation on 17 April 2017.