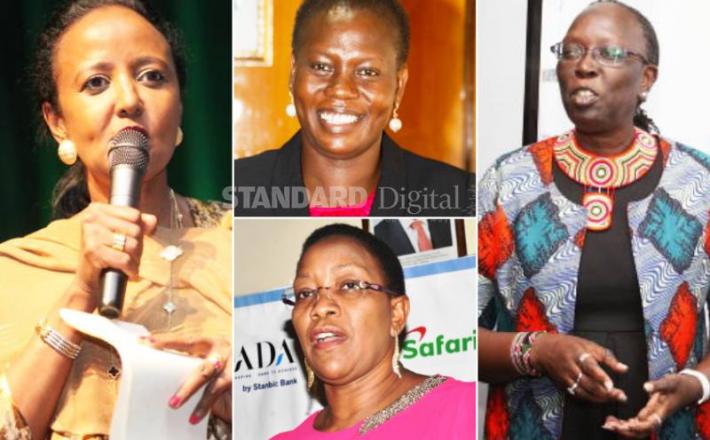 The nomination of Betty Maina as Industrialisation CS has cast a ray of hope for a gender-balanced Cabinet.

With Maina's nomination, the Cabinet now has seven women members.

But seven women in a 21-member Cabinet (excluding the President, Deputy President and AG) seems far off, compared to what other countries in the region have done.

Speaking to Standard Digital, Narc-Kenya party leader Martha Karua says Cabinet is yet to achieve the not more than two-thirds gender rule.

"The President today appointed 21 cabinet secretaries to which you add the President, his deputy, and the AG making a total of 24 members of which seven are women ... We are far to (sic) achieving compliance."

Click here to read the full article published by Standard Digital on 14 January 2020.