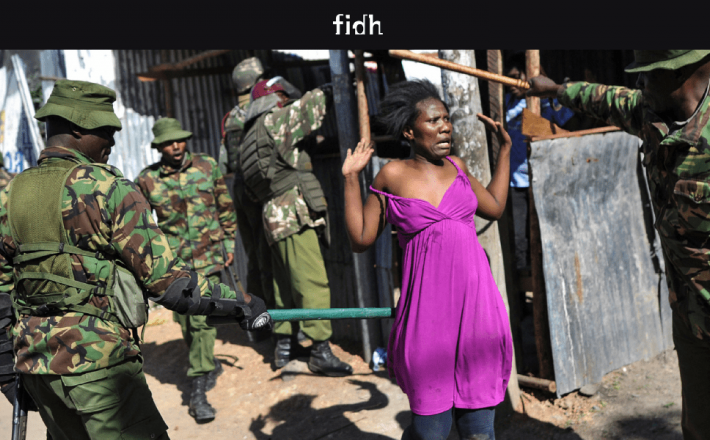 The International Federation for Human Rights (FIDH) and its member organisation in Kenya, the Kenya Human Rights Commission, are publishing a report today, examining patterns of sexual and gender-based violence against women during election seasons in Kenya and call upon the State to take immediate preventive actions in view of the upcoming 2022 general elections.

On the occasion of a high-level event organised today in Nairobi, FIDH and KHRC are publishing a joint report titled "Sexual and gender-based violence as one of the major components of election-related violence in Kenya: risks and actions needed for 2022." Key actors, including representatives from the Independent Elections Boundaries Commission (IEBC), the Gender and Equality Commission (NGEC), the National Council on the Administration of Justice (NCAJ), the Independent Policing Oversight Authority (IPOA), and a survivor of the 2007/2008 post-election violence, are gathered to discuss sexual and gender-based violence (SGBV) during elections with a view to prevent its occurrence in the upcoming elections.

Click here to read the full article published by the International Federation for Human Rights on 18 January 2022.