Kenya: What female politicians go through in quest to ascend to power

Kenya: What female politicians go through in quest to ascend to power 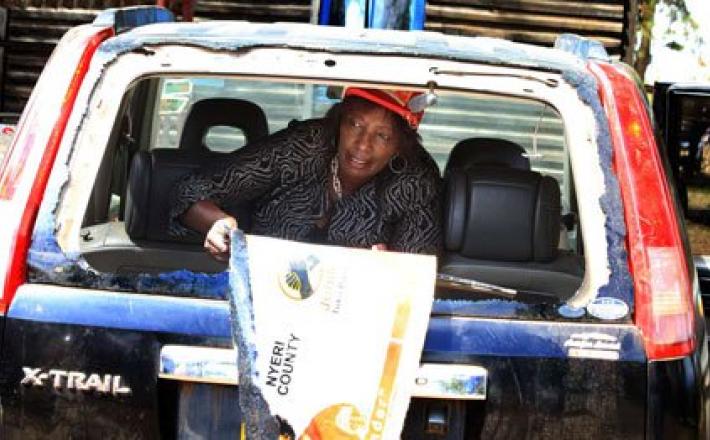 The political arena in the country appears to be far from offering a level playing field for women politicians, at least going by the recent party primaries where only handful of them successfully braved the bruising and bare-knuckled campaigns staged mainly by their male opponents.

Most women across the country say they have had to contend with various forms of violence, political thuggery and intimidation, including sexual harassment, meted on them by male opponents and their supporters with a view to discouraging them from the race.

In Nyeri County, for instance, where no woman won the Jubilee Party primaries for MP or senator’s ticket, female politicians underwent the proverbial baptism by fire during the recent primaries. This included physical attacks and sexual harassment and propaganda.

Ms Sheila Githaiga, who unsuccessfully vied was at one point accosted by a mob of about 30 men armed with batons and machetes at night in Bellview village, Kieni West as she was on her way home after campaigns.

“I was trailed by two men riding on a motorbike for more than 30 minutes. Then suddenly a crowd emerged. They blocked the road with stones and tyres.

“They smashed the rear window of my car after my husband pleaded with them to spare us,” Ms Githaiga told the Nation.

Click here to read the full article published by The Daily Nation on 29 May 2017.