From the kitchen to public life: In Tunisia,women's personal issues are political ones

From the kitchen to public life: In Tunisia,women's personal issues are political ones 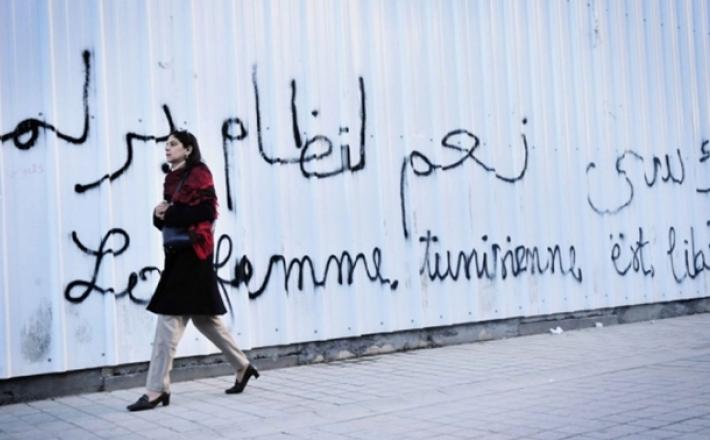 Celebrating August 13th, 2015, I want to make a call, to declare loudly and clearly that feminism is about offering choices and opportunities for all women.

Defending women’s rights is not defending women who are “feminists like us,” but defending the rights of all women to make their own choices in both the private and public spheres. After 59 years of the promulgation of the Personal Status Code by the first president of Tunisia, Habib Bourguiba, Tunisia comes short in achieving gender equality. Despite the fact that this code has been one of the most life-altering for Tunisian women and one of the most progressive in the Middle East and North Africa, the results of its implementation have remained less than egalitarian. While as a Tunisian woman, I am proud of the social progress this code has produced, I strongly believe that there is still an arduous road ahead of us to achieve real equality. For me, August 13th is an opportunity for evaluation and an open and honest discussion with different stakeholders about women’s situation in Tunisia. Why are we still failing in protecting women and improving their daily lives?

Let’s thus deconstruct the myth of “an empowered and free Tunisian woman.”  The data shows numerous contradictions. In higher education, there is a greater presence of girls than boys, and yet, males occupy the lion’s share of governmental and corporate positions. It is very clear that women are hitting a glass ceiling at both the economic and political levels. There are countless theories which can explain the gap between education, the labor market, and top decision making positions accessible to women. Tunisian women spend eight times more than men in housework activities, raising children, and taking care of elderly persons, reports Tunisia’s Gender Profile (2014). In 2006, this non paid work was estimated at 47.4% of the GDP. The report argues that because of the time spent in household activities, unemployed Tunisian women spend only 4 minutes per day looking for a job while men spend 38. The private sphere is therefore proving more injurious than beneficial to the majority of women’s situations in Tunisia. Housework is more than physical labor: it also requires a host of micro-decisions that women should make. Society has a tendency to underestimate these micro-decisions, but they demand energy, which is not unlimited. So, the higher the level of domestic responsibility, the higher the risk that these women will be physically and psychologically exhausted and even depressed.Celebrating August 13th, 2015, I want to make a call, to declare loudly and clearly that feminism is about offering choices and opportunities for all women.

Instead of a response in terms of policies, the market has reacted by offering women a wide array of household cleaning appliances, products, and televised ads in an attempt to convince them that they can be successful and happy in both public and private spheres. They can be workers, mothers, housewives, and, at the same time, look like top models - beautiful and slender; in a nutshell, under more pressure and with more expectations. The market’s response reflects the fact that Tunisian women are raised with less freedom and greater expectations than their Tunisian brothers. This “could and should” attitude instills in women the idea that they can and should continue their education, pursue a profitable career, get married and have children, support their husband financially, and care for their children and husband – all while preserving a state of physical perfection. This attitude results in nothing but guilt, shame, and misery for Tunisian women who try unsuccessfully to meet these perfectionist and unrealistic expectations. No human, male or female, is perfect, and nor are we supposed to be. Not only does this “could and should” attitude influence a woman’s sense of self-worth, but it also negatively affects their access to career advancement and their ability to participate in the public sphere. Women are left feeling as though they are not competent enough, while many of their less-deserving male counterparts are encouraged to climb political and corporate ladders.

As part of a working class with real collective power that can play an important role in the prosperity of our economy, Tunisian women should be freed from the idealistic “superwoman” image by becoming free from household chores. If there is a real political will to empower the Tunisian family, this objective should be on the political agenda because the private is politics. Here is some food for thought: Implementing paternity leave for at least six months in addition to maternity leave will afford a couple more options in deciding how to take care of their child. But this is still insufficient because raising a child is an ongoing process that lasts at least 18 years; thus, we need flexibility in working hours and the ability one parent to work from home. In addition, I recommend a gender sensitive urban planning. This means putting the family first when we build new cities and neighborhoods; ensuring access to affordable and quality child care not only near homes, but also near companies and factories; establishing nighttime child care that allows women to stay late for meetings or dinner with friends; providing social support for poor women or single mothers and their children; providing access to time-saving, reliable, and safe public transportation; and offering real choices of recreation and sociability that only a minority of women can now enjoy. My last proposal is to bring men on board, both those who are already convinced by gender equality and equal division of household labor and those who need help to break gender stereotypes about men. These husbands and fathers need more encouragement, support, and education so they will become our partners for an egalitarian and inclusive Tunisian society.

By launching a serious debate about gender equality at home, we can begin to implement gender sensitive policies and make women’s issues a priority and not a secondary issue. We are not just empowering women, we are empowering families and communities. With all the challenges that my country, Tunisia, faces such as youth unemployment, economic regression, terrorism threats and climate change, it is truly a waste of time, energy, and potential for women to remain bound to the kitchen. Let’s free women so they can leave the kitchen and engage with the real world.

Ms. Ikram Ben Said is Founder and President of the organization Aswat Nissa — or Voices of Women. She is an activist promoting women’s rights, and her organization involves Tunisian women politicians regardless of where they fall of the political spectrum. Ms. Ben Said’s organization received the Madeleine K. Albright Award for Democracy and Women’s Political Participation in 2014.  She is a Humphrey Fellow Public Policy Analysis and Public Administration.