Kuwaitis wonder why even the women voted for men

Kuwaitis wonder why even the women voted for men 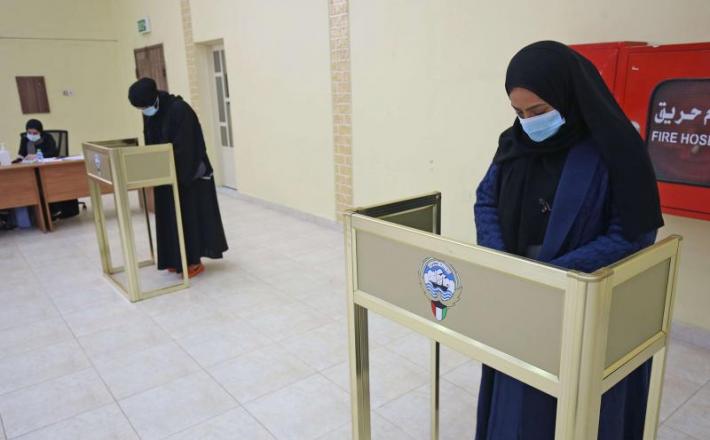 Some women suggested on social media that time has come for a quota system.

KUWAIT – The curtain has fallen on the legislative elections in Kuwait. Preliminary results show that women gained no new seats in the new parliament and that the only female incumbent, Safa al-Hashem, failed to win re-election.

While 29 women ran for office in Saturday’s race, none were elected — a blow to the status of women who have fought hard in recent years for more representation in the oil-rich emirate after winning the right to vote just 15 years ago.

This leaves the National Assembly without any female representation, although women constitute 52% of eligible voters.

Women turned out to vote in large numbers in Kuwait’s parliamentary elections in many electoral districts. News websites and media covering the polling documented high female turnout in five districts.

Click here to read the full article published by The Arab Weekly on 7 December 2020.