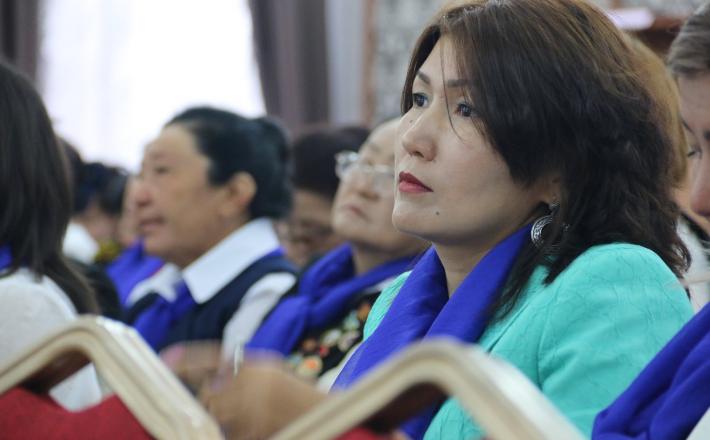 Women in Kyrgyzstan face stark barriers to full political participation. Despite holding 23 seats in parliament, women reside in few leadership positions in parties. For example, Kyrgyzstan law requires that women make up every third name on a party candidate list. However, party leaders often pressure women to give up their seats after they are elected. This exclusion means that some issues, such as domestic violence, are not given the attention that their severity warrants. According to Human Rights Watch, nearly one third of women in Kyrgyzstan between the ages of 15-49 are victims of domestic violence, with less than half of registered complaints resulting in a trial.

The Forum of Women MPs, an informal parliamentary caucus founded in 2011 with NDI support, has advocated for women’s rights on the issue of domestic violence. Over the past year, the Forum held a series of public meetings, petition drives and letter writing campaigns that ultimately secured increased protections for victims of domestic violence, and showed that barriers facing women can be overcome through sustained and organized political pressure.

Since 2009, Kyrgyzstani women’s rights groups have called for improvements to the country’s 2003 legislation on domestic violence, demanding greater safeguards for victim’s rights, and improved judicial and police responses to complaints. In response to these calls for action, in early 2016, members of the Forum drafted a law detailing protections for victims.

Click here to read the rest of the article published by NDI on 26 July 2017.