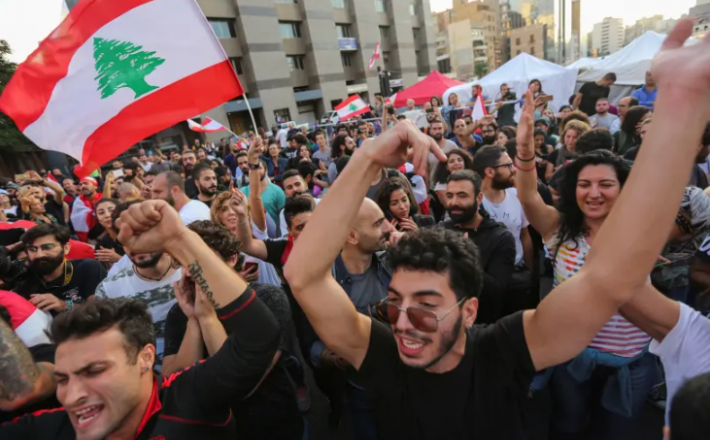 Lebanon unveiled a new government on January 22, 85 days after the resignation of prime minister Saad al-Hariri. Headed by Hassan Diab, it includes six female ministers, among them the defense minister, who has also been appointed deputy prime minister.

This is a first not only for Lebanon, but for the entire Arab world.

A month and three days after President Michel Aoun tapped Diab to form a government, the 20-member cabinet of technocrats held its first session Wednesday morning amid the worst political and economic crisis the country has seen in decades. Diab and his ministers are expected to face numerous difficulties, chief among them ongoing demonstrations against corruption and the political elite that erupted in October.

Citizens are already expressing skepticism, and lawmaker Imad al-Hout told The Media Line that the objections concerned the way the government was formed and the insistence of the parties in power to continue a sectarian quota system for the cabinet.

“The formation of the government was delayed as a result of disagreements over how power should be shared – as if the country was at its best and there were no citizens in the streets protesting against mismanagement, widespread corruption and the quota system,” Hout said.

Click here to read the full article published by JPost on 23 January 2020.