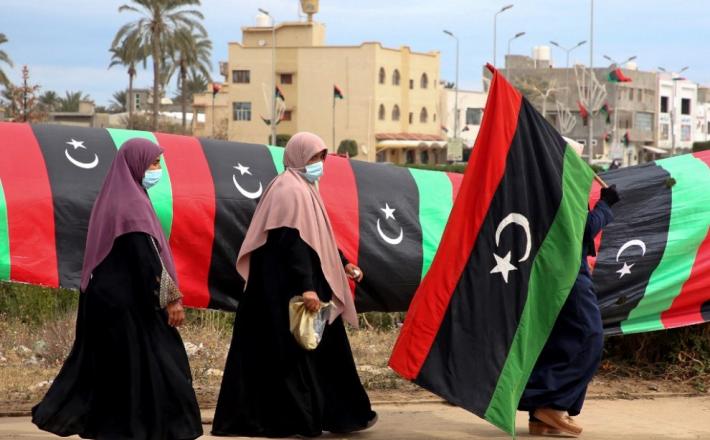 Print this article
Leila ben Khalifa, an activist who heads the National Movement party, became the first woman to run in the presidential elections in Libya on Monday after she submitted her papers to run in the election, according to Arabic-language media. Over 65 candidates have applied to run in the elections.
During a meeting with US Ambassador to Libya Richard Norland last week, Ben Khalifa called for the return of Jews to Libya to participate in the political process, saying “We have wronged them and took away their rights since 1969 and we have to return them,” according to the Libyan 218TV.
Click here to read the full article published by The Jerusalem Post on 22 November 2021.
News:
World News
Region:
Libya
Issues:
Campaigns
Parliaments and Representatives
Elections
Focus areas:
Elections