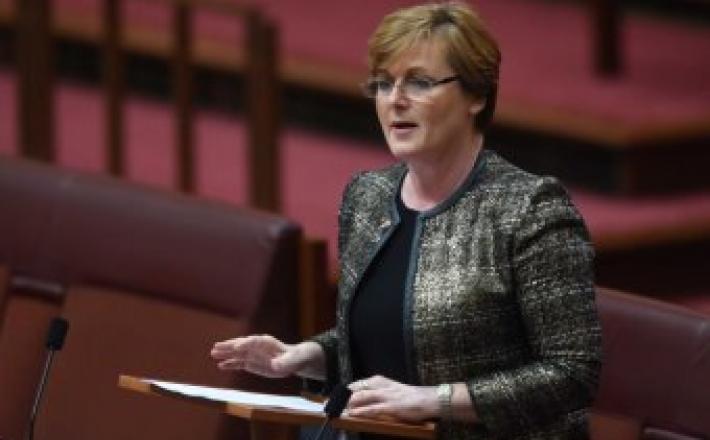 The Liberal Party's federal executive has signed off on a 10-year plan to significantly increase its female representation in Parliament, in what one senator has described as a "watershed" moment for the party.

Under the "gender diversity reform program", the party will recruit more women at a grassroots level, report its progress, and offer one-on-one mentoring to those interested in entering Parliament. After July's election only 18 of the 84 Liberal MPs in Federal Parliament are female — the lowest the party has had in office for more than 25 years. That is despite the party adopting a target of having 50 per cent female representation in Parliament by 2025.

West Australian Liberal Senator Linda Reynolds said it was a "very deliberate" and "comprehensive" strategy to drive cultural and structural change in a party that has struggled to achieve equal gender representation.

Senator Reynolds, who has been championing gender reform, described the July election result as a "wake up call" and said it showed the party's current strategy was not working. As well as attracting more women at a grassroots level, she said the Liberal Party needed to pre-select more women in safe seats.

"Proportionally, Coalition women overwhelmingly contested more marginal seats and those not already held by the Coalition, and were most likely to be in the 6th place on the Senate ticket," she said.

That call is supported by newly-elected Victorian Senator Jane Hume, who said it was her "greatest frustration" that the party continually preselects talented women for marginal seats they have little chance of winning.

"I would like to see more women preselected for safer seats so that we don't see all of our good women disappear with our election fortunes," she said. Senator Hume said entering Parliament was a difficult "lifestyle choice" for many women, who faced questions like "what about your children?" and "who will cook your husband dinner?