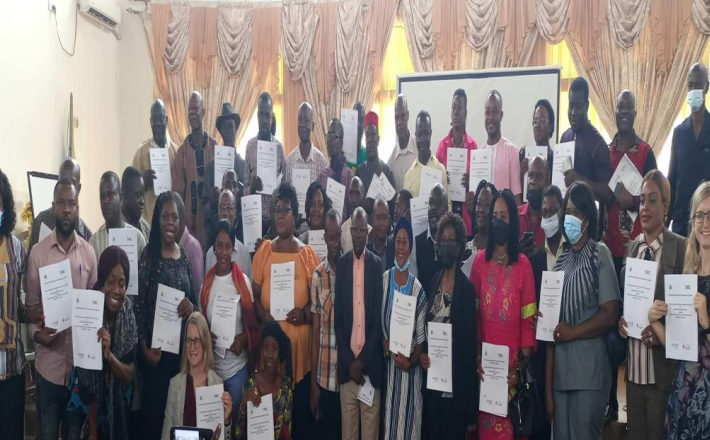 The National Elections Commission (NEC) and political parties executives have signed the violence against women in elections and politics, the (VAWIE/P) Protocol. The signing of the VAWIE/P Protocol, commits political parties to fully implement, and popularized the Protocol throughout the country. The Gender Section of NEC, in collaboration with UN Women organized the Buchanan City Hall program, and was witnessed by several elections stakeholders on Friday, 18 February 2022.

A release Wednesday from NEC said over twenty-six Executives of Political Parties and the Chairperson of the NEC, Madam Davidetta Browne Lansanah signed the protocol for their respective Institutions.