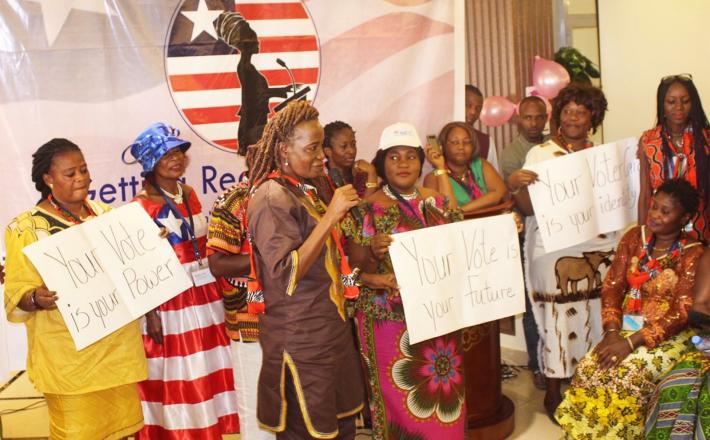 When Liberians go to the polls on October 10, they will see more women on the ballots. That is, if 138 “women’s leadership boot camp” graduates have anything to say about it.

Although in 2005 Liberians elected Africa’s first woman head of state, President Ellen Johnson Sirleaf, women continue to be underrepresented as voters, political party leaders and activists, and elected officials. Less than 10 percent of Liberia’s legislators are women, and nearly 10 percent fewer women than men were registered to vote in the last election.

In 2017, these 138 Liberian women are determined to close that gap.

The boot camp, held from January 30 - February 3, 2017, was just the first stage of “Getting Ready to Lead” (GRTL), a women’s leadership program offered by the National democratic Institute (NDI) to train and mentor women with ambition to be more involved in politics.

The women also received invaluable counsel from Honorable Hanna Tetteh, Ghana’s first female foreign minister. She spoke of her experiences as a female candidate for parliament and how she maintained her confidence while receiving attacks from the media as well as members of her own party.

NDI is implementing GRTL as part of the Liberian Elections and Political Transitions program funded by the United States Agency for International Development.

Click here to read the full article published by NDI on 22 February 2017.