'Long and difficult' path to political equality for Iran women

'Long and difficult' path to political equality for Iran women 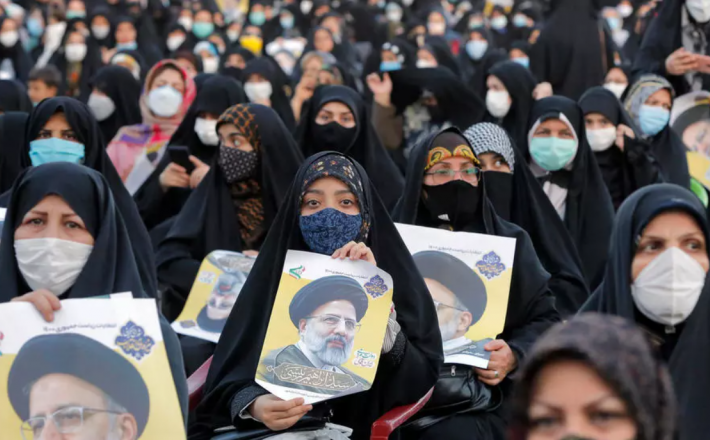 Iranian women's poor political representation could be set to worsen under an ultraconservative poised to win next week's presidential election.

Ebrahim Raisi, who heads Iran's judiciary, is the clear favourite from an all-male field of seven candidates to replace President Hassan Rouhani, a moderate elected on promises of social and cultural reform.

Women's rights campaigners in Iran have criticised Rouhani for breaking his promises to create a women's ministry and appoint three female ministers -- instead presiding over a decrease in women's representation over his two terms in office.

Unlike ministerial positions, the posts of vice president do not require parliamentary approval, and critics have accused Rouhani of not daring to submit female ministerial nominations to parliament for approval, even when moderates held a majority.

Click here to read the full article published by France 24 on 9 June 2021.