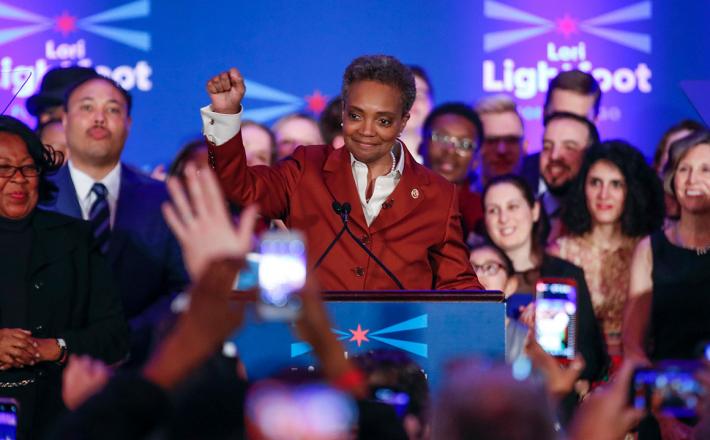 CHICAGO — Lori Lightfoot has made history on several fronts after winning Chicago’s mayoral runoff on Tuesday.

She will become the city’s first black woman and its first openly gay person to hold the office when sworn in next month. The nation’s three largest cities have never elected a black woman as mayor — the other two, New York and Los Angeles, have never even had a female mayor — and none of the three cities has ever elected an openly gay person to the job.

But Lightfoot’s election also marks a major break for Chicago, after two terms of Rahm Emanuel in the fifth floor in City Hall, and six terms of Richard M. Daley before him. She ran an outsider campaign that appeared to capitalize on Chicagoans’ frustration with corruption and self-dealing among the city’s political class.

Lightfoot is a first-time candidate, a former federal prosecutor who was also president of the Chicago Police Board, a civilian watchdog for the city’s cops. She easily defeated a longtime politician in the city, Toni Preckwinkle, who currently serves as president of the Cook County Board of Commissioners. Preckwinkle, like Lightfoot, is an African-American woman.

Click here to read the full article published by POLITICO on 2 April 2019.