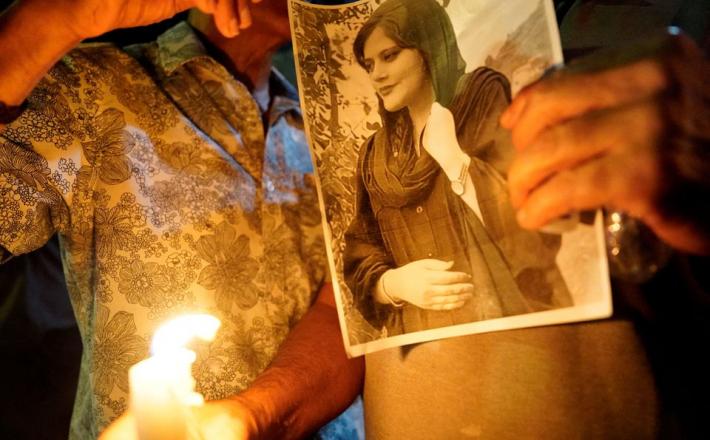 DUBAI, Oct 12 (Reuters) - Like millions of other Iranian women, retired teacher Somayyeh has been repressed by the country's hardline Islamic laws for decades but was too frightened to stand up to ruling clerics - until Mahsa Amini's death in morality police custody last month.

Women have been at the forefront of protests that erupted at Amini's funeral and spread across the country, posing one of the biggest challenges to the Islamic Republic since the 1979 revolution.

While analysts believe the chances for political change in Iran are slim, Amini's death has become an unprecedented rallying point for women, who are taking colossal risks to fight for freedom, calling for the downfall of ruling clerics in a society dominated by men.

"Her death broke the camel's back. This is the result of years of repression of Iranian women," said Somayyeh. "We are tired of discriminatory laws, of being seen as second-class citizens ... Now, we want political change."

Click here to read the full article published by Reuters on 12 October 2022.