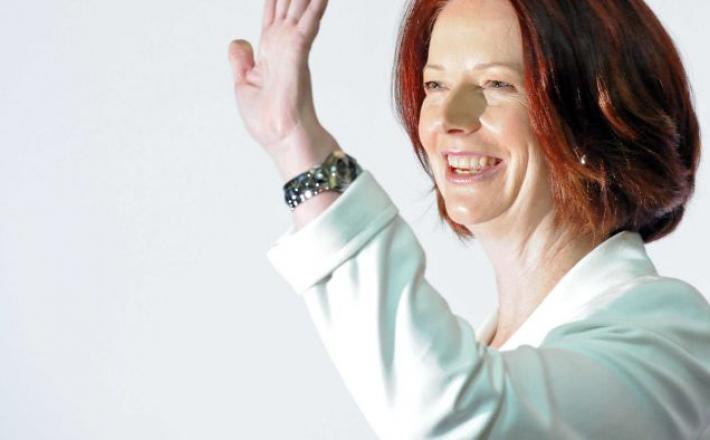 You might think that with more women entering politics the media would have become less likely to report on the appearance, fashion choices and relationship status of female prime ministers.

But research from the Australian National University shows the opposite is true: the media obsession with female PMs' gender is worsening.

As part of her ANU PhD, associate lecturer Blair Williams trawled through the media coverage of five female prime ministers in the United Kingdom, Australia and New Zealand across nearly 40 years and identified common gender tropes.

The leaders of their respective nations were often depicted as housewives who kept their male colleagues in line, as housekeepers who cleaned up parliament, as doting wives and loving mothers, and as school girls, headmistresses and barren emasculators.

A contest between women political leaders was typically described in the newspapers as a 'cat-fight' or a 'battle' between warrior queens.

These tropes not only survived Margaret Thatcher in the 1980s, but in the years since the coverage of female PMs has become even more gendered.

It's getting worse not better," Ms Williams said.

This negatively impacts women in politics as they always have to consider how their appearance, gender and personal life might be portrayed."

Click here to read the full article published by Triplej Hack on 6 November 2020.