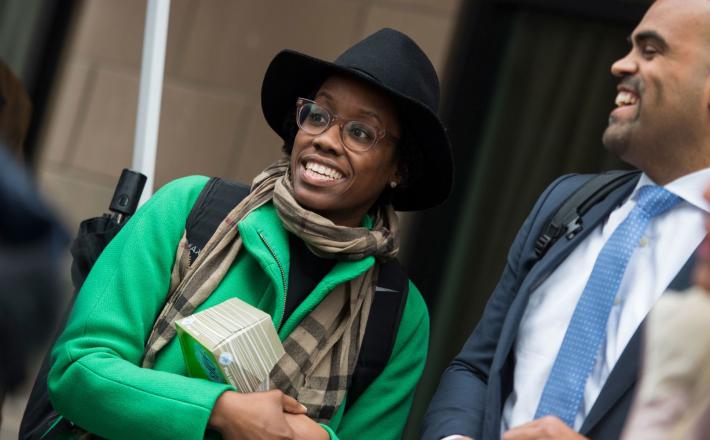 When the 116th Congress was sworn into office on Thursday, the class made history as the most diverse group ever with a record 127 women.

Among those women was 32-year-old Democrat Lauren Underwood, who etched her name in the history book as the youngest black woman to be elected to Congress.

Underwood, who graduated from the University of Michigan and Johns Hopkins University, is a registered nurse who now represents Illinois' 14th Congressional District. Her transition into politics began in 2010, when she joined the U.S. Department of Health and Human Services.

According to her website, she played a crucial role in implementing the Affordable Care Act. In 2014, she was appointed by the Obama administration to help with public health emergencies and disasters across the nation, including the water crisis in Flint, Michigan.

Click here to read the full article published by CNBC on 4 January 2018.