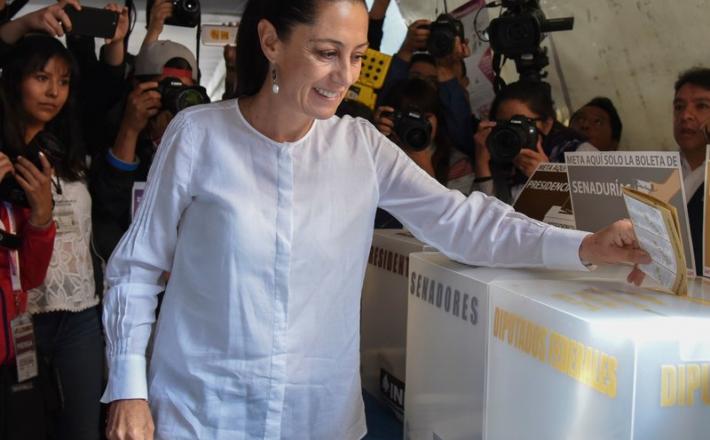 Mexico's hard swing to the left in this month's national elections also swept in some other historic firsts. Women won key positions across the country, including, for the first time ever, the mayor of Mexico City.

Claudia Sheinbaum Pardo, 56, will assume arguably the second most important political post in Mexico, after capturing nearly 50 percent of the vote in the July 1 elections.

She may not be unprecedented for a woman to hold the office. Rosario Robles served out part of a Mexico City mayoral term, from 1999 to 2000, when her boss resigned to run for president.

But it is the first time a woman has been elected the capital's mayor, considered a stepping stone to the presidency. And it comes as more and more women are seeking active roles in Mexican politics, transforming a male-dominated field. Women also won half the seats in the national and state legislatures and are expected to make up an even share of cabinet posts in the new government of President-elect Andrés Manuel López Obrador.

Click here to read the full article published by NPR on 25 July 2018.