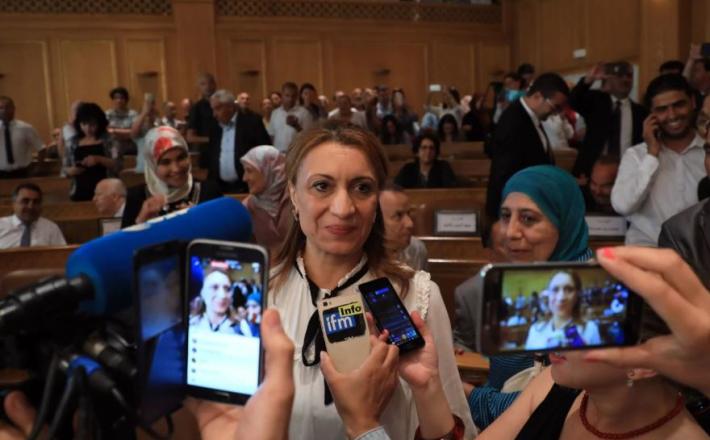 Souad Abderrahim is not like the past 32 mayors of this North African capital. They hailed from wealthy, influential families. She’s a self-made businesswoman. They were political appointees. She was elected in the first-ever mayoral vote last month.

Abderrahim has become that rarity in the Arab world: a woman holding a top elective position. Even in Tunisia, where women’s rights are more advanced than in most other countries of North Africa and the Middle East, her rise is widely seen as a breakthrough for women and has renewed hopes for greater gender parity.

“I am only one among many women who have struggled for years for equality,” said Abderrahim, seated behind a large wooden desk in the spacious mayor’s office. The 53-year-old entrepreneur was playing down her newfound fame with little success.