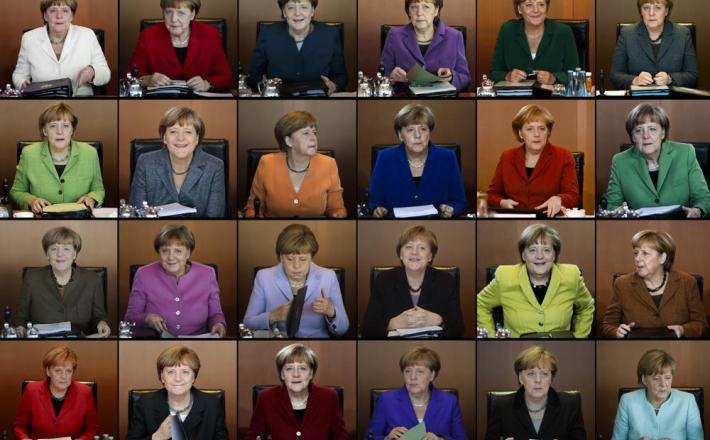 BERLIN (AP) — Angela Merkel, Germany’s first female chancellor, has been praised by many for her pragmatic leadership in a turbulent world and celebrated by some as a feminist icon. But a look at her track record over her 16 years at Germany’s helm reveals missed opportunities for fighting gender inequality at home.

Named “The World’s Most Powerful Woman” by Forbes magazine for the last 10 years in a row, Merkel has been cast as a powerful defender of liberal values in the West. She has easily stood her ground at male-dominated summits with leaders such as former U.S. President Donald Trump or Russian President Vladimir Putin.

Millions of women admire the 67-year-old for breaking through the glass ceiling of male dominance in politics, and she’s been lauded as an impressive role model for girls.

On trips to Africa, the Middle East and Asia, Merkel has often made a point of visiting women’s rights projects. She has always stressed that giving women in poor countries better access to education and work is key to those nations’ development.

But when it comes to the situation of women in Germany, Merkel — who said in 2018 that she wouldn’t seek reelection in this Sunday’s general election — has been criticized for not using her position enough to push for more gender equality.

“One thing is clear: a woman has demonstrated that women can do it,” said Alice Schwarzer, Germany’s most famous feminist. “However, one female chancellor alone doesn’t make for emancipation.”

Click here to read the full article published by the Associated Press on 21 September 2021.