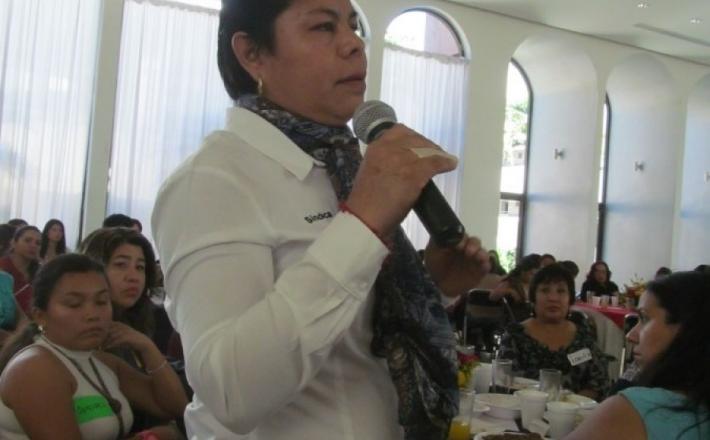 In the state of Morelos (Mexico), it met last January 28 a group of women holding public office occupied or to arrange a special protocol for women who suffer political violence. The meeting is being held to coincide with the centenary of the first feminist congress in Mexico; Dessire León Hernández, a member of the Electoral Observatory Parity Morelos and civil organization Communication, Exchange and Human Development in Latin America (CIDHAL) has commented on the occasion of the occasion: "Zero municipal presidents we had in 2009, we have today six municipal presidents; four síndicas, today we have 27 and we have a little over 40% of municipal councilors. " Mrs. Hernandez noted, however, that it is necessary and urgent to take action against political violence against women, stating that "In this meeting we concluded that we must work for a special protocol for women victims of violence politics. We need to generate a strong statement and a requirement for all it means the case of Gisela Mota especially (mayor of Temixco finalized on the first day of his mandate), and we also need to support women being authorities and are It is violated, as the case of the Ombudswoman of Zacualpan de Amilpas ". Mrs. Hernandez has commented also that steps are being taken at national level in order to achieve that political violence is a criminal offense; this would make such violence is considered in the phases of prevention, treatment, punishment and eradication. Click this link to read all the information on this news.