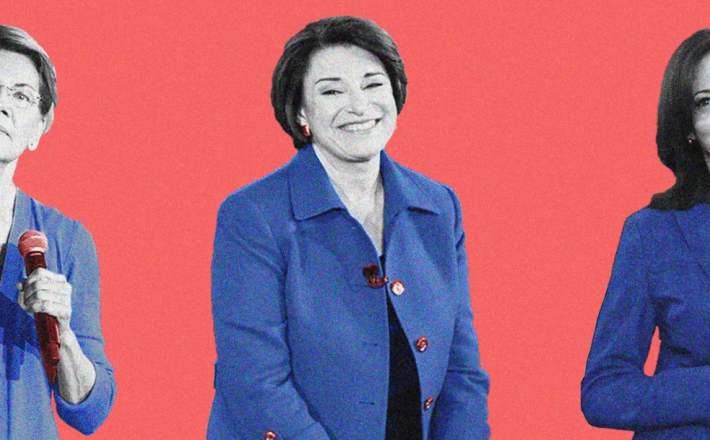 If you want to talk about putting your money where your mouth is, then look no further than the historic 2018 midterm election. Women donated a record amount to political candidates in the most expensive midterm race in history. And there are signs that their political influence is only going to grow.

Overall, almost 100,000 women gave amounts over $200 to Democratic and Republican 2020 presidential candidates by the end of the second quarter of 2019, according to the nonpartisan Center for Responsive Politics, based on Federal Election Commission data. This is about four times the number of female donors at this point during the 2016 election. (Gender was generally not reported for contributions under $200, and experts expect the number of female donors to grow once the under-$200 donations data is available.)

While many women have said that they will not vote for a candidate based on gender — and, in fact, they are donating in droves across the board — the numbers show that there’s enough enthusiasm for the idea of a female nominee to keep the credit cards swiping. Now, with a record number of women running for president, experts say that women are still enthusiastically shelling out to the female candidates, pearl-clutching about “electability” be damned.

“There are an awful lot of women who are writing small checks now,” says Debbie Walsh, the director of the Center for American Women and Politics (CAWP) at Rutgers University. “Even if they’re writing a check for $5 or $10, they’re putting their money where their ideology is.”

Click here to read the full article published by Refinery 29 on 12 September 2019.