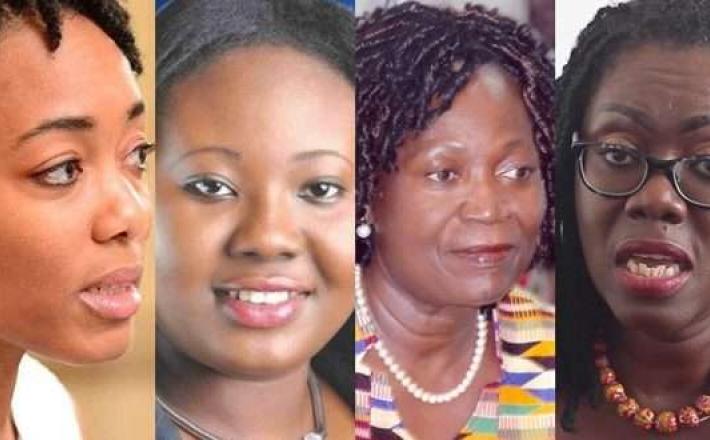 Sources from the Electoral Commission indicate that the nationwide figure of women who won the parliamentary election on Wednesday, December 7, to represent their respective constituencies in the 7th Parliament of the 4th Republic of Ghana, which commences on January 7, 2017, has increased from 29 to 37.

Though the figure represents a slight increase from 29 in the current Parliament, some gender activists have complained that women’s representation in the Legislature was still low, as it still fell short of the minimum UN recommended threshold of 30 per cent requirement, that was deemed satisfactory by activists at the Beijing Conference of 1995.

In the case of the NPP, 12 female MPs are entering parliament for the first time, with two making ‘a comeback’ while 10 retained their seats; but the NDC has seven new entrants and six re-elected.

The two, who are making a comeback to Parliament on the ticket of the NPP, are Hajia Alima Mahama from Nalerigu, who is the only female MP from the Northern Region and Ms Catherine Abelema Afeku from Evalue-Ajomoro-Gwira, who made a comeback to parliament when she beat the incumbent, Mr Kweku Tanikyi Kessie of the NDC.

The Ashanti and Eastern regions each has five female MPs-elect. All the MPs-elect in the Ashanti Region are representing the NPP, while in the Eastern Region, four were elected on the ticket of the NPP, with Ms Betty Krosby-Mensah, being the only NDC female MP-elect in the region, winning the Afram Plains North Constituency seat.

The Volta Region elected five women out of the nine who contested for the 2016 parliamentary seats and all the five women – two of whom are new entrants – were elected on the ticket of the NDC.

The Brong Ahafo Region has two female MPs-elect, who are the incumbent MP for Tano North, Ms Freda Prempeh, who retained her seat on the ticket of the NPP and a new entrant, Ms Felicia Adjei, who won the Kintampo South seat for the NDC.

The Western Region also elected two women to go to Parliament to represent their constituencies. They are Ms Catherine Abelema Afeku, the NPP candidate for Evalue-Ajomoro-Gwira, who made a comeback to parliament when she beat the incumbent, Mr Kweku Tanikyi Kessie of the NDC, and Mrs Barbara Oteng-Gyasi, Lawyer and NPP candidate for Prestea-Huni Valley Constituency, who grabbed the seat with 36,444 votes to beat the District Chief Executive (DCE), Mr Robert Wisdom Cudjoe, of the NDC, who got 32,073 votes.

The Upper West is the only region without a female MP-elect to represent the region in the 7th Parliament of the Fourth Republic, as the incumbent and only female parliamentary candidate who held the seat for a term in the Sissala-East Constituency, Hajia Alijata Gbentie Sulemana, lost it to a male contender.

Indeed, women’s representation in Parliament has not been impressive since the country returned to constitutional rule in 1993.

The First Parliament of the Fourth Republic had 16 women out of the 200-member parliament, and the Second, Third and Fourth parliaments, saw a slight increase in the number of female parliamentarians.

Though Ghana’s current parliament can boast more women than before, especially as the 29 out of the 133 women who contested in the 2012 parliamentary elections were elected, with more women (136) contesting in the December 7 parliamentary election, the highest number of women to have contested parliamentary seats in Ghana’s political history, the Gender Studies and Human Rights Documentation Centre, a women's human rights organisation, and other gender advocacy groups and organisations, have upheld the need to increase women’s participation and representation in both the local and national government structure.

At a press conference addressed by Professor Akua Kuenyehia, a Member of the Eminent Ghanaian Women of the Women Situation Room (WSR), in Accra recently, the group recommended that more women would be added at all levels of their parties' structures and as candidates for parliamentary election in future polls.

Among the observations made by the European Union Election Observation Mission (EU-EOM) monitoring team, after the December 7 presidential and parliamentary elections, was that women were noticeably under-represented in the media’s campaign coverage.

Indeed, it is obvious that at the current rate of increase in the number of women elected to Parliament, it is necessary to put in more efforts to encourage more women to contest in elections at both the local and national levels, for Ghana to attain the minimum UN recommended threshold of 30 per cent requirement that can result in women’s effective engagement in decision-making in the next decade.