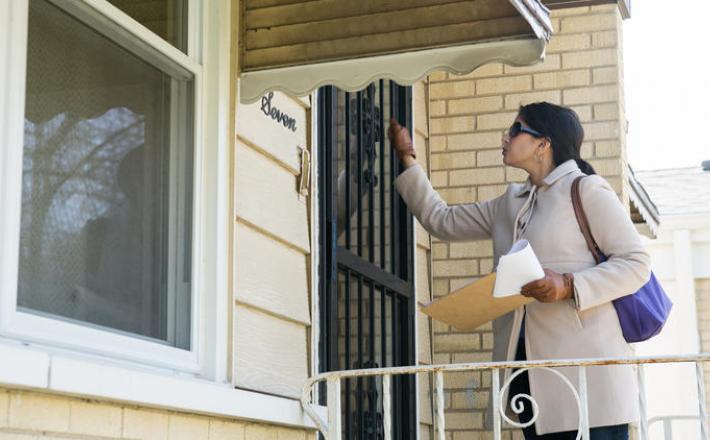 For one Chicago woman, the epiphany came just a few days after the presidential election. As Sameena Mustafa processed Donald Trump's victory and the shifting national political climate, she found it was no longer enough to vote, donate money or talk with friends about various political candidates.

Instead, Mustafa realized she had to become the candidate. She is preparing to run for Congress in 2018, in what will be the first bid for elected office for the 46-year-old commercial real estate broker and burgeoning comedian from the North Center neighborhood.

"I can't stand by anymore. I can't just go and write a check; it's not enough," she said. "We can't expect other people to legislate our humanity."

Mustafa is not alone in her newfound political aspirations. Various nonpartisan political training forums across the country are reporting a recent spike in women interested in running for office, a largely unexpected result of the 2016 presidential election.

"The growth has been explosive," said Erin Loos Cutraro, co-founder and CEO of She Should Run, a Washington, D.C.-based nonprofit that supports women pursuing public office. "I think (the election) served as a catalyst to rethink the connection women have to their local communities, to look and see if their voices are represented in local government."

In March 2016, her organization crafted an online "incubator" to help women exploring political careers, hoping it would attract 400 members by the end of the year. Then 5,500 women signed up in 2016 — with membership topping 10,000 by the end of last month, Cutraro said.

The national nonpartisan group VoteRunLead has had more than 6,000 women sign up to learn how to run for office since the November election, according to the nonprofit's website. Ready to Run, a nonpartisan program with the Center for American Women and Politics at Rutgers University, hosted a training session last month that normally attracts an average of 150 women; this year, 250 women participated and more expressed interest but registration had to be closed early due to lack of space, said director Debbie Walsh.

Click here to read the full article published by The Chicago Tribune on 7 April 2017.