Much of the World Has Had a Woman Leader. Why Not the U.S.?

Much of the World Has Had a Woman Leader. Why Not the U.S.? 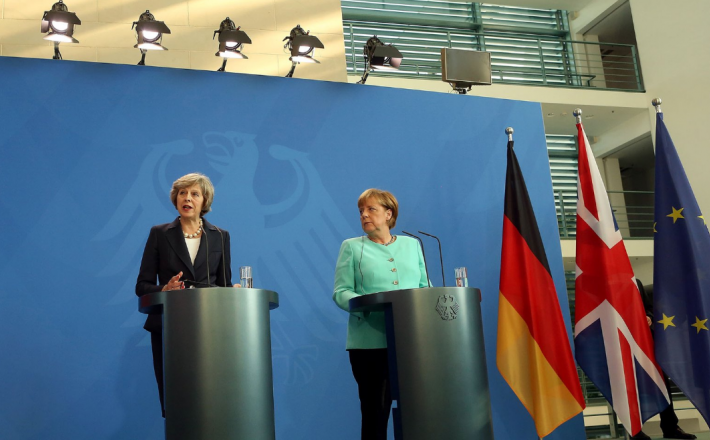 If Hillary Clinton wins the U.S. presidential election on Tuesday, the U.S. will join the roughly 50 percent of countries worldwide that have had a woman as the top national leader.

At least 79 countries have had an elected or appointed woman head of state or head of government, according data from the World Economic Forum. But there's a reason why feminists aren't celebrating.

While many countries have elected a national female leader, it's hardly an event that happens often. As of Nov. 1, there are only 16 countries where women are head of state or head of government, according to the U.N. – that's about 8 percent of the 193 countries recognized by the organization.

There's little historical data on the world's top women leaders, experts say, mainly because there have been so relatively few. But we do know the regions of the world they are most likely to call home – at least in the past 60 or so years.

Europe has the highest numbers of heads of state and government, followed by Asia and the Americas, according to Julie Ballington, policy adviser on political participation with U.N. Women, a division of the organization that promotes gender equality.

Here's a quick look at why these regions have elevated women to the highest levels of political power:

It's not too surprising that Northern Europe, which often tops lists for gender equality, is the region responsible for the most female heads of government and state. Iceland, ranked No. 1 in the World Economic Forum's 2016 Global Gender Gap report, also happens to be the country with the longest-serving female leader. Vigdis Finnbogadottir was president of the island nation from 1980 to 1996. Other countries at the top of that list include Ireland(President Mary McAleese), Finland (President Tarja Kaarina Halonen) and the United Kingdom (Prime Minister Margaret Thatcher), which is currently led by Prime Minister Theresa May.

Here is a list of countries with the longest-serving female leaders according to U.N. Women:

In some European countries, female leadership has been so long-lasting that an entire generation has known little else.

"There are anecdotes from some countries, like in Iceland and in Nordic countries, where little boys ask their mothers, 'Can I be president one day?' because all they've known is a woman to be head of state," says Ballington with U.N. Women.

In part, the number of female leaders can be attributed to a cultural embrace of gender equality. But that's not the whole story, experts say. Much of the region also has a quota system, which helps get women into politics and gives them the networks they need to climb up the political latter.

"Most of the world, with the exception of Russia and the U.S. and a few others, has quotas," says Gwen K. Young, the director of the Woodrow Wilson Center's Global Women's Leadership Initiative. "Quotas in a country like Iceland will affect who gets chosen. They will know the political players."

The rise of these female politicians in South Asia is typically tied to dynastic party structures, says Sameer Lalwani, deputy director of the South Asia Program at the Stimson Center, a nonpartisan think tank in Washington, D.C. That means that prominent families play a large role in politics, and when husband or father dies or can no longer serve, a female family member takes up the mantel.

"Familial ties through blood or marital connections to a former prime minister, president or opposition leader have been present for about 25 percent of the women who have served as head of state or government," Hubbard with the National Democratic Institute (NDI) said through email. "While men also benefit from family ties, women disproportionately rely on this path to power."

There is no single pattern that has propelled the careers of Latin America's women leaders, says Thomas Carothers, an expert on democracy at the Carnegie Endowment for International Peace. But generally speaking, he says inclusive, competitive election systems have worked to the benefit of leaders like Chilean President Michelle Bachelet and former Argentine President Cristina Fernandez.

Like in Europe, much of the region has a quota system, opening up doors for women and giving them access to political connections. Women also benefit from a strong party system, which allows them to succeed without having to amass the personal wealth often required of candidates in the U.S.

Does electing a woman leader say something about a society's gender equality?

"There's one thing about getting into power and there is another thing about people thinking you're actually equal," says Young with with the Woodrow Wilson Center.

South Asia may have a track record of female leadership, for example, but it also has a problem with using rape as punishment and child brides. Latin America struggles with high rates of violence against women, and has some of the most restrictive abortion laws in the world.

A women leader may have good intentions, in other words, but she needs the help of lawmakers to shape a society.

"Having a woman president is important to gender equality but it's not the only thing," Young says. "There's no guarantee that a president can make that much happen."

Even if a woman leader can't make much of a policy difference, her appointment itself can be symbolic, Ballington says. People shouldn't be too quick to dismiss the powerful effect that seeing a woman president can have on a young girl.

On Tuesday, American girls may know the feeling.