Myanmar women take the lead in resisting the military

Myanmar women take the lead in resisting the military 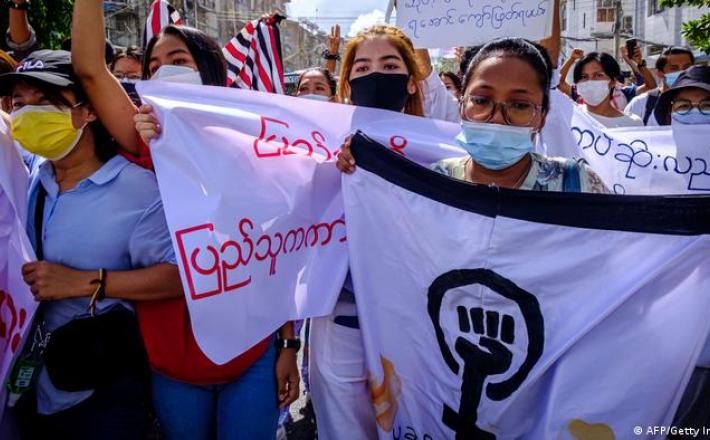 The issue of gender equality in Myanmar is in the spotlight again. Women are on the frontlines of the anti-coup protests taking place since the junta ousted the civilian government a year ago.

Since the Myanmar military brutally put down the mass protests that began following the February 1 coup last year, flash mobs have repeatedly gathered in major cities such as Yangon and Mandalay to protest against the military junta.

Click here to read the full article published by DW on 1 February 2022.