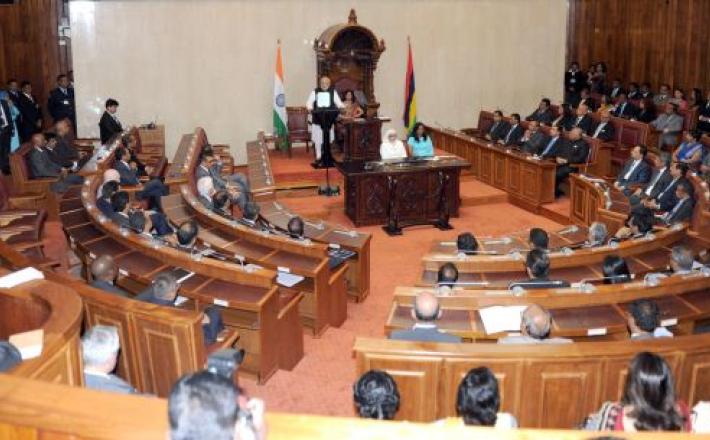 The Speaker of the National Assembly of Mauritius, Ms. Santi Bai Hanoomanjee, has stressed the importance that a Parliamentary Gender Caucus would empower the Government’s commitment to gender equality. This declarations were made at Port Louis, in Mauritius National Assembly, in the context of a meeting to brief MPs on the objectives and relevance that a Gender Caucus may have. Gender Expert, Dr. Sonia Palmieri who delivered the presentation ‘Parliamentary Caucuses for Gender Equality’. Dr. Palmieri explained the added value that a Gender Caucus will have within the Parliament in order to enhance women’s political participation.

Ms. Santi Bai Hanoomanjee commented on the fact that Mauritius is one of the few countries in the region without a Gender Caucus, and that this would be extremely helpful to promote a gender-responsive culture within the institution that also takes men into account.

Please follow this link to read more about this.