Nepal: Women candidates in HoR and PA elections of 2079 BS

Nepal: Women candidates in HoR and PA elections of 2079 BS 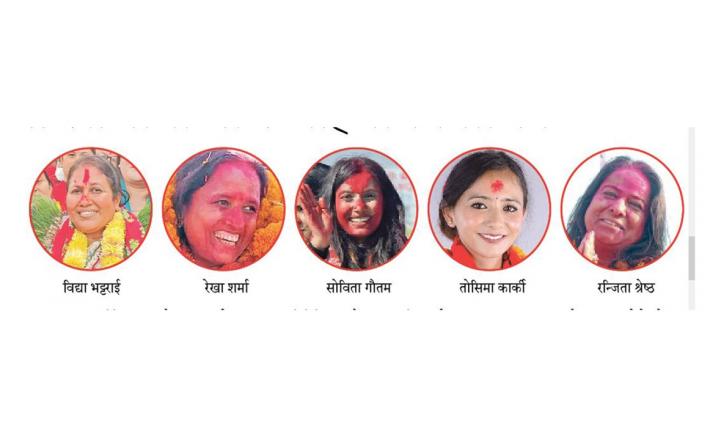 KATHMANDU, Nov 25: Five women candidates have been elected to the House of Representatives (HoR) in the elections held on November 20. According to the data of the Election Commission (EC), women candidates were elected from five constituencies across the country till Thursday evening. According to the EC, Sobita Gautam of Rastriya Swatantra Party was elected from Kathmandu-2 and Toshima Karki from Lalitpur-3, Bidya Bhattarai of CPN-UML from Kaski-2, Rekha Sharma of CPN (Maoist Center) from Dang-2 and Ranjita Shrestha of Nagarik Unmukti Party from Kailali-1.

Click here to read the full article published by My Republica on 25 November 2022.